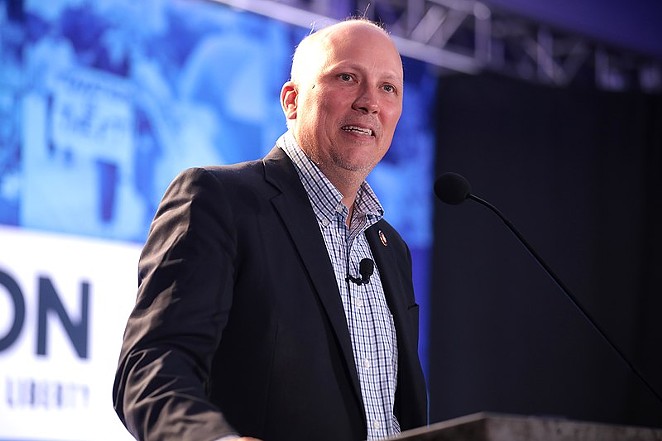 The San Antonio-Austin Republican is once again under fire for his apparently incurable case of verbal flatulence. This time, he made what appeared to be a pro-lynching remark during a Thursday congressional hearing on the wave of anti-Asian American violence.

"We believe in justice. There are old sayings in Texas about find all the rope in Texas and get a tall oak tree. We take justice very seriously. And we ought to do that. Round up the bad guys. That's what we believe," Roy said. "My concern about this hearing is that it seems to want to venture into the policing of rhetoric in a free society, free speech, and away from the rule of law and taking out bad guys."

During her testimony at the hearing, Rep. Grace Meng, D-N.Y., clapped back at Roy's comment and argued that his GOP helped incite violence against Asian Americans by using racist language such as "China virus" during the pandemic.

"Chip Roy glorified lynching at a hearing on violence against Asians. The largest mass lynching in US history was against Chinese immigrants," he said, referring to the Chinese Massacre of 1871 in Los Angeles, during which 17 people were hanged.

Chip Roy glorified lynching at a hearing on violence against Asians. The largest mass lynching in US history was against Chinese immigrants.

I served on active duty in the US military to defend @chiproytx’s right to say stupid, racist stuff. I just wish he would stop saying it. https://t.co/9pHb3ERgaN

In characteristic form, Roy refused to apologize for his comment.

Instead, in a response to NBC News, he served up a second helping of tone-deaf word salad, saying his remark was intended as a warning that the U.S. should get rid of bad guys instead of becoming "an authoritarian state like the Chinese Communists."

Guess this means we'll have to wait until the run-up to the 2022 election for Roy to undertake a temporary reprieve in saying stupid shit.