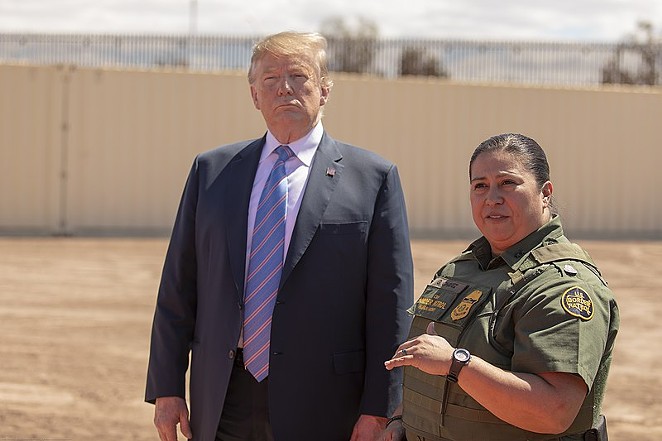 President Donald Trump's plan to fund his border wall by axing money from military construction projects poses a risk to national security, according to a U.S. Air Force report obtained by NBC News.

The report cites the significance of individual projects targeted by the administration for cuts, including the $18.5 million replacement of a 1930s-era building at San Antonio's Camp Bullis. Others projects mentioned by NBC include safe storage sites for $1 billion in munitions in the Pacific region and replacing a boiler at an Alaskan base whose "imminent" failure could force a major evacuation.

There is no guarantee the military funds will be backfilled, NBC reports, citing two unnamed federal officials. Some of the construction work may be delayed by a year or more.

Despite providing a list of unspent funds to the Pentagon months ago, the Air Force only found out what projects would be affected at the same time as Congress, which was notified earlier this month, according to NBC.

"We had no advanced notice of what projects they chose," an Air Force official said.