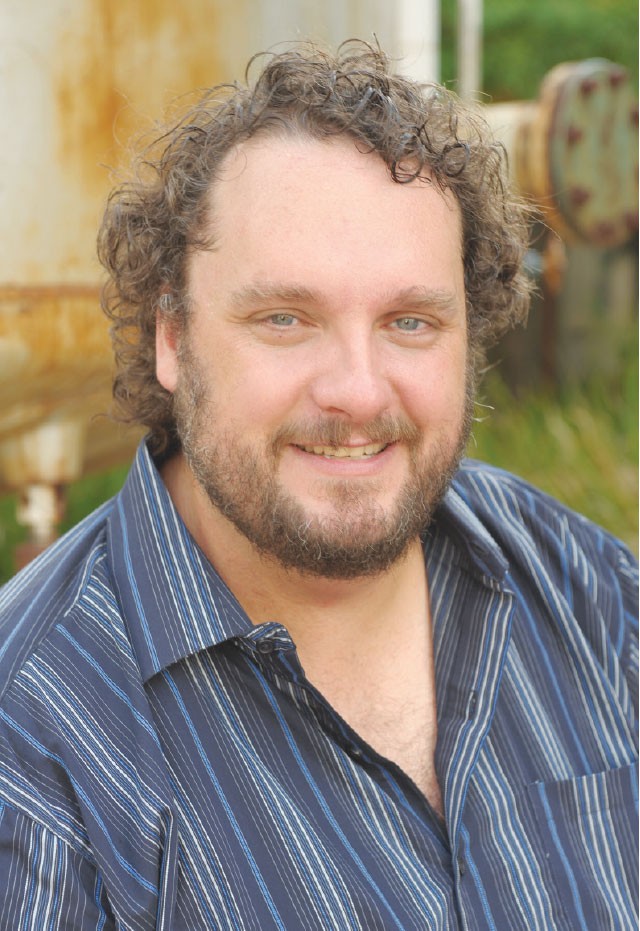 Since 2003, local entrepreneur Eugene Simor’s Alamo Beer Company has brewed its flagship Alamo Golden Ale up the road at Blanco’s Real Ale Brewing. The time has finally come for Simor to break ground on his own brewery. The soon-to-be San Antonio destination is slated to open its doors in October 2014. The brewery will be only a half a mile from its namesake, the real Alamo, and will boast a 30-barrel production system, a hall and beer garden.

Now Simor has beefed up Alamo’s brew team with the addition of James Hudec as head brewer. Hudec, who’s been whipping up malted concoctions for the last 20 years at breweries all over the country, brings a wealth of brewing experience to Alamo.

His brew story began early while attending Southwestern University in Georgetown in 1993. Hudec got a job helping out at the now closed Hill Country Brewing Company in Austin. After graduating in 1996, Hudec held an internship in Nuremberg, Germany at Neumarkter Lammsbraü Brewery, where he caught the bug for brewing various styles of lagers under the tutelage of fellow American Dennis Werhman, now of Franconia Brewing in the Dallas/Fort Worth area. After a few years across the pond, Hudec’s career brought him back to the States, specifically Houston, where he became the brewmaster of 2-Rows Brewing.

Feeling the urge to strike out on his own, Hudec set out for Brenham in 2000 and formed the Brenham Brewing Company with his brother. When that venture closed, Hudec took some time off and traveled, while doing consulting for several breweries. It was while on a consulting project in Costa Rica that Hudec received a frantic call from Fritz Rahr, of Rahr & Sons Brewing to come help him out. Hudec spent a brief stint at the Fort Worth brewery getting it back on track. Shortly after the devastation of Hurricane Katrina, Hudec was again called upon to help a brewery in need; this time the call came from Wolfram Kohler of Crescent City Brewing in New Orleans.

Hudec was instrumental in helping the brewery get back on its feet as a consultant and lead brewer. He recalls the travel to get to New Orleans: “We had to snake around the river just to get around the military presence. With all the chaos, I kept a .45 at my hip.”

One year later, he joined Gordon Biersch Brewing in New Orleans as the head brewer, transferring to Kansas City a year later, where Hudec handled marketing, scheduling and quality control in addition to brewing for the next five years.

Now with Alamo, Hudec can truly capitalize on his love of classic German styles like schwarzbiers and Bambergers. “I believe in the traditional lagers of Germany,” said Hudec. So what if they’re served with a view of downtown San Antonio?