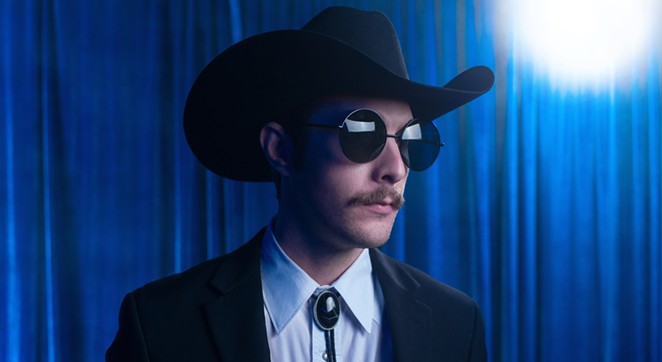 Well, this should get Austinites worked up.

San Antonio alt-county artist Garrett T. Capps has dropped the first single from his forthcoming I Love San Antone album, and the song extols the virtues of the Alamo City over the self-proclaimed Live Music Capital of the World.

"Well, before the Armadillo, San Antone was a melting pot," Capps sings of storied Austin venue Armadillo World Headquarters before praising a pair of equally historic SA music spots. "You could dance all night at the Farmer's Daughter or the Hermann Sons rooftop."

Capps also gets off a zinger no San Antonian worth his or her salsa would argue with: “And if we’re judging just by tacos, then there’s only one place to call home.”


Bolstering Capps' bragging about his hometown, the single's video was shot at St. Mary's Street honky tonk the Lonesome Rose — a music venue Austinite John Doe appeared envious of when he popped in for a set back in early 2020. (Capps also happens to be co-owner of the establishment.)

Capps will celebrate the release of I Love San Antone with a Friday, August 20 show at the Lonesome Rose. Where else?