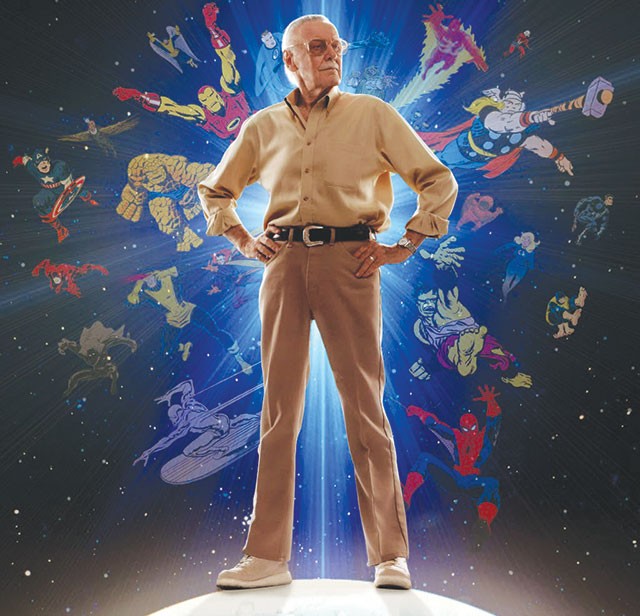 Credit the horde of Marvel blockbusters that have hit the theaters in recent years or the fostering of online communities amongst fanboys and girls to the fact that yesterday’s computer dweeb is today’s Apple CEO, and the phrase “geek culture” is no longer synonymous with “subculture.” Now, nerding out is the new normal.

Making an impressive effort to feed into the widespread popularity of the comic-book and pop-culture world is the Alamo City Comic Con, a local annual convention celebrating a host of “geeky” interests for everything from the latest video games to fantasy TV series to old-school ’80s nostalgia. In only its second year, ACCC is proving to be a serious player.

“Everything that is happening this year is because of the success we had last year,” said Fred Hernandez, public relations director for ACCC. “Last year, there were 35,000 people downtown, and it wasn’t for a UTSA game or Fiesta.”

This year, ACCC welcomes a slate full of celebrities from every corner of the entertainment industry—movies, TV, comic books, cosplay, sports and beyond.

“As a comic enthusiast, [ACCC] is the real deal,” said Jessica Herrera, who will be at the convention from Friday to Sunday showing off a new costume each day (Sniper Wolf from Metal Gear Solid, She-Ra Princess of Power and Cersei Lannister from Game of Thrones). “They know how to bring a show and truly listen to the fans.”

Iconic comic-book writer, editor, publisher, producer, host, actor, former president and chairman of Marvel Comics, and basically the Holy Grail of comic con celebrity guests worldwide is confirmed. Having Stan Lee as a Guest of Honor at your comic con is like having Michael Jordan running your summer basketball youth camp or having Cormac McCarthy write your eulogy. Scheduled to appear during all three days of ACCC, Lee, 91, co-created some of the most well-known comic-book characters in history, including Spider-Man, the Incredible Hulk, Iron Man and the X-Men. A photo with Lee will set you back $80, but most comic-book enthusiasts agree it’s a small price to pay to stand shoulder to shoulder with a living legend.

There’s no shortage of celebrity guests attending this year’s convention. This includes Kevin Eastman, co-creator of the Teenage Mutant Ninja Turtles and Clark Gregg, actor on the ABC TV series Agents of S.H.I.E.L.D. and movies such as Thor and The Avengers. Also on the docket are horror movie icons like Robert Englund (A Nightmare on Elm Street) and Linda Blair (The Exorcist), and actors such as William Zabka and Martin Kove (The Karate Kid), Lou Diamond Phillips (La Bamba), Ernie Hudson (Ghostbusters), Danny Glover (Lethal Weapon) and Robert Patrick (Terminator 2: Judgment Day). TV fans will be in for a treat when a six-pack of actors from AMC’s The Walking Dead stroll into town, this time without any flesh-eating zombies nipping at their heels.

Dressed in some of the most authentic costumes you’ll likely see at ACCC this year will be 10 professional female cosplayers from across the U.S. who consider their alter egos part of their entire package. Included in the lineup are LeeAnn Vamp, Soni Aralynn, Krystal Starr and Ivy Doomkitty, who is one of the new faces in the cosplay network, but already has over 291,000 Facebook followers. “I love the idea of bringing characters to life, especially those you have a passion for,” Doomkitty said. “I show my love for the fandom by creating these costumes and becoming these characters. It’s great to share in the experience with other people who enjoy these different genres.”

Take a trip down the Artist Blvd., where convention patrons can admire the work of artists from all over the world. Tuscon-based artist Tim Champion, who does a lot of comic-book cover mashups (Guardians of the Galaxy’s Groot lusting over Poison Ivy is a favorite), is excited to be making the 760-mile trip to share his artwork with the local community. “I love this art form and want to share it with as many people as I can,” Champion said. “In the past, I don’t believe people saw this as real art. They saw it as cartoony or kid stuff. Now with the talent in the industry, along with the movies and TV shows, it’s getting a lot more credit.”