Although he admits he had some trouble convincing some of his colleagues that ACCC was going to be as huge as he and de la Fuente imagined, Bernal had no doubt in his mind the downtown event would bring out the masses.

"I was sold when Apple told me the level of comic book talent that was coming," Bernal, a self-described comic book geek, told the San Antonio Current. "Clearly, there is an audience and an appetite for this kind of programming. I think the rapid growth of ACCC in the first two years really hammered that home."

According to de la Fuente, attendance at the inaugural ACCC in 2013 hit 35,000. Last year, attendance doubled to 73,000. This weekend, de la Fuente estimates 90,000 to 100,000 participants will walk through the halls of the convention center, many dressed up as their favorite comic book and pop culture characters. 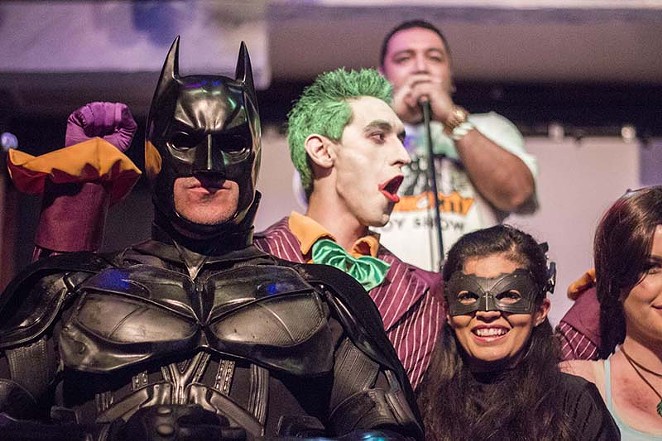 To put it in perspective, assuming de la Fuente's numbers are correct, SA's third annual convention would rank it as the country's seventh-largest comic con and would do in attendance what it took the San Diego Comic-Con International – the country's largest – 34 years to accomplish, according to attendance statistics dug up on that event by the Los Angeles Times. San Diego topped 130,000 last year.

"The fast rise of ACCC surprised me at first, but Apple and his crew put a lot of hard work into this convention," said retired SA-based comic book artist Sam de la Rosa, who declined to give his age and who started his career working with Marvel and DC Comics in 1982. "I can see ACCC growing in the same way as San Diego. That's how much people in San Antonio love comics."

Vanessa López, 28, adjunct instructor and costume shop supervisor in the theater arts department at the University of the Incarnate Word, has attended the first two ACCCs and can't wait for her third.

For López, three convention days means devising three separate costumes. This year, she will dress as Headmistress Minerva McGonagall from the Harry Potter franchise, Storm from the X-Men: The Animated Series and Snow White.

"No matter what you are into, there is a large group of people here who are into the exact same thing," López gushed. "For one weekend a year, this is the place to come let loose and celebrate all of those things without fear of judgment or ridicule from those who might consider what we do 'childish.'"

Rose Jackson, a local retail consultant for Sprint, is also ready to attend ACCC this year and plans to go as Han Solo from Star Wars because she's too giddy about the upcoming Star Wars: The Force Awakens, coming out in December. She loves the fact that the term "geek" doesn't hold the same negative connotation it once did when the comic culture wasn't as mainstream as it is today.

"Before comic cons, geeks were often made fun of or over looked just for liking things out of the norm," said Jackson, 21. "Thankfully, geeks are coming together more and more at spectacular shows like ACCC. Now, we encourage each other to admit their geeky pleasures and fully and shamelessly express themselves."

The result of that encouragement is something Bernal sees all the time, even working as a government official. Although some people might stereotype a comic book devotee as someone acting younger, likely immature and less in tune with the world around them, Bernal knows there are geeks all across San Antonio representing all walks of life. It's one of the main reasons he remained confident ACCC would flourish so quickly. 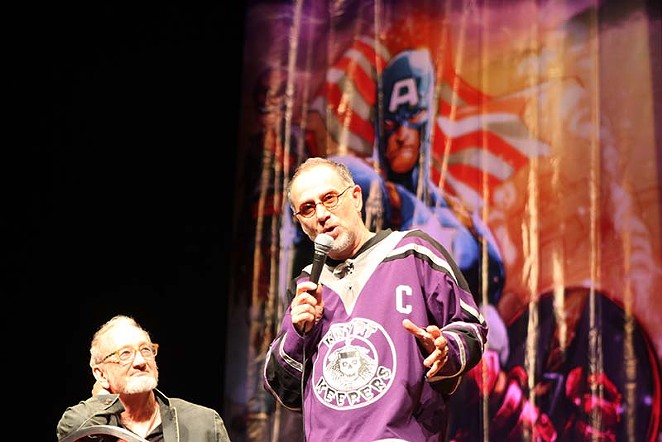 "Sure, there will always be the comic book geeks in high school and college, but they're not the only ones," Bernal pointed out. "Sometimes I'll be sitting at breakfast with guys in the San Antonio Police Department or talking to people at the Chamber of Commerce and someone on staff will be wearing Superman cufflinks or have a Green Lantern iPhone cover. We're everywhere."