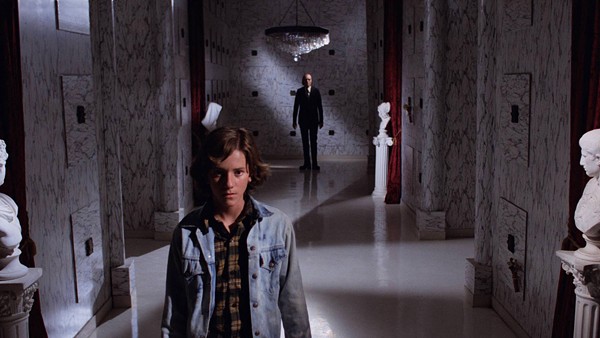 Eight years before Clive Barker struck cult horror gold with Hellraiser’s Cenobites, Don Coscarelli’s Phantasm warped the minds of late ’70s moviegoers with its own, wholly unique villain — the Tall Man, an alien disguised as a mortician who raises the dead to serve his nefarious, extraterrestrial purposes. Brothers Jody and Mike team up with stoner ice cream-peddler Reggie to fight the Tall Man, but they face an uphill battle against his necromantic and shapeshifting powers, not to mention the periodic flying chrome sphere of death that zips their way.

Four decades and four sequels later, Coscarelli has cemented himself as an auteur of weird cinema and was an obvious choice to direct the 2012 film adaptation of David Wong’s Burroughsian novel John Dies at the End. To accompany the release of his memoir-cum-film treatise True Indie: Life and Death in Filmmaking, Coscarelli is coming to the Alamo Drafthouse for a special screening of the strange flick that started it all, followed by a Q&A with the audience. You can nab a copy of the book with your ticket, and Coscarelli will be available to sign it after the show.