Alex G Delivers From the Basement of His Heart 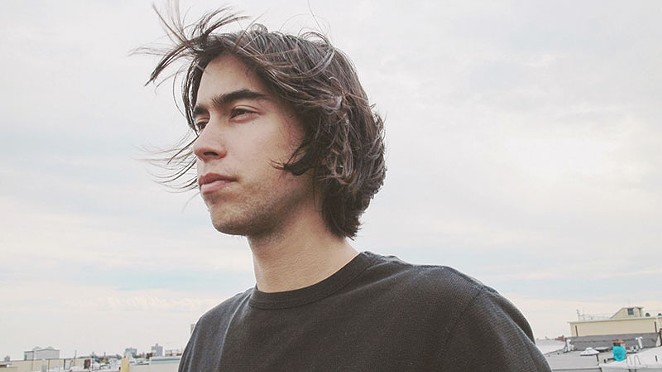 Simplicity reigns in the basement universe of Philadelphian Alex G. The 21-year-old bandleader thrives on slim, hushed tunes that hit like coffee on a cold morning.

To say that his new record Beach Music was mastered is true only as a technicality, in the same way that Kim Kardashian published a book this year.

Born Alex Giannascoli, he's put out a crazy number of releases since 2013, dropping out of Temple University to sign with indie major Domino, many an English major's dream. G's gift lies in the shrugged-off feeling of his music, like a kid in school who waits until the bus ride to knock out a perfect essay and thinks nothing of it. 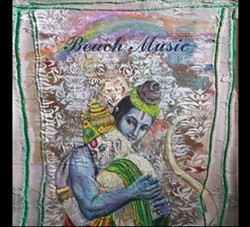 Released in October, Beach Music is an intimate collection, aimed at pretty-young-things who listen to music with the volume up and the car windows down. Giannascoli breathes in on the mic in the way that NPR trains their correspondents, ever-reminding you of his presence. Often, G's voice is double-tracked, a warming technique pulled from the Johnny Walker Red-stained pages of the Elliot Smith songbook.

Rainy Day Elliot is far and away the great reference that Giannascoli seems to point toward. In tone and in texture, Smith's presence is felt here like a sad sot of an uncle who comes down to check on Giannascoli working in the cellar, handing him the bottle and giving him some cherished pointers.

And yet, G maintains an independence from Smith and other stylistic forebears. The lazy brilliance of Weezer and Pavement lies heavy on Beach Music and its precursor DSU, with sloppy guitars and tight compositions sticking in your memory. Northeastern emo is a component, too. But, thankfully, Giannascoli spares us the nasal tendency and sappy content, maintaining only the emotional punch of the genre. So far, his achievement has been walking in the path tread by his influences without sounding like a little kid trying to hop from footprint to footprint of the idol of which he's in tow.

Like most good musicians, G rises above his sad-boy acumen with vivid songwriting. Singing about stray dogs and success-chasing lovers, his quippy tunes go down easy, in quick succession and without a chaser.