All the World's a Stage: Looking to Catch Live Music While at School in San Antonio? Check Out These Essential Venues

After a grueling first week of classes you’re not sure you signed up for the right ones. On top of that, your roommate’s a dud, and you’re sure your biology prof is out to fail half the class.

You’d love to catch some live music to let off a little steam, but you’re alone in a new city and not quite sure the best place to seek it out.

Here’s a quick rundown of some of San Antonio’s best music venues. Hope it helps your search.

The Rustic
17619 La Cantera Parkway, Suite 204, therustic.com
All ages
Always free, Dallas-based venue The Rustic brings in some of the best Americana from around the country while also hosting quality local acts. On top of the music, the bar serves up a surprisingly wide venue of homestyle food and a wide selection of Texas-brewed beers

Tobin Center for the Performing Arts
100 Auditorium Circle, tobincenter.org
All ages, unless specified 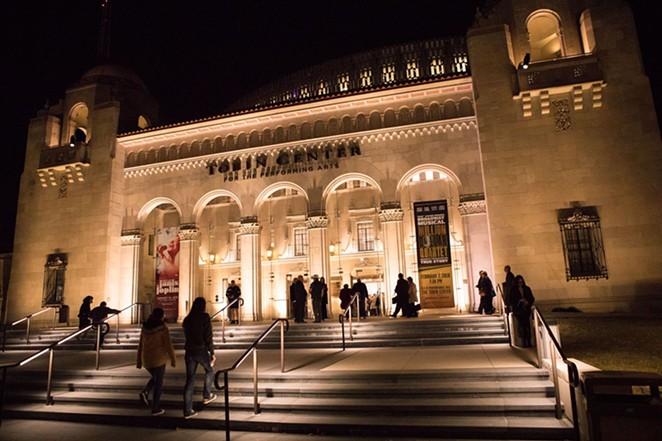 The recently opened Tobin Center for the Performing Arts certainly stands out as a crown jewel among San Antonio’s live music venues. There’s not a bad seat in the house, and the sound and presentation are usually impeccable. By booking performers as diverse as Nas and Dolly Parton, the Tobin Center has shown itself to be a venue that refuses to be defined as anything other than its appetite for presenting quality entertainment.

Limelight
2718 N. St. Mary’s St., thelimelightsa.com
18+
A little more intimate than the Paper Tiger, but no less eclectic, the Limelight has emerged as a tour stop for underground hip-hop, metal, punk and artists exploring other edgy genres. Known for a chill atmosphere and top-notch sound system, the venue also hosts a lot of local artists’ album release shows. So, if you’re wanting to dig a little deeper into SA’s music scene, Limelight is a good spot to start.

With its opening, this hall-sized club on the St. Mary’s Strip turned heads with an eclectic and adventurous booking policy focused on high-caliber touring acts. Expect everything from indie pop, hip-hop, metal, electronica and even the occasional soul show. This is the place to be if you’re eager to catch artists on the brink of blowing up — or if you simply crave great music.

Luna
6740 San Pedro Ave., lunalive.com
Wednesdays and Thursdays 18+ / Fridays and Saturdays 21+
Luna may be one of the city’s best kept secrets. Who’d think that a club located in a nondescript — from the outside anyway — brick building near North Star Mall, hosts some of the city’s best jazz in a classy yet relaxed setting. Pro-tip: impress a future significant other and bring them here on a first date.

Aztec Theatre
104 N. St. Mary’s St., theaztectheatre.com
All ages
From Lauryn Hill and Mastodon to Marilyn Manson and Snoop Dogg, the Aztec Theatre hosts high-caliber touring acts whose audiences too big for venues such as the Paper Tiger but not enough to fill the AT&T Center. Make sure you explore the vintage theatre’s interior, which features Aztec architectural features and statues with eerie glowing eyes.