Allen Toussaint Leaves Us ... With Some Incredible Music 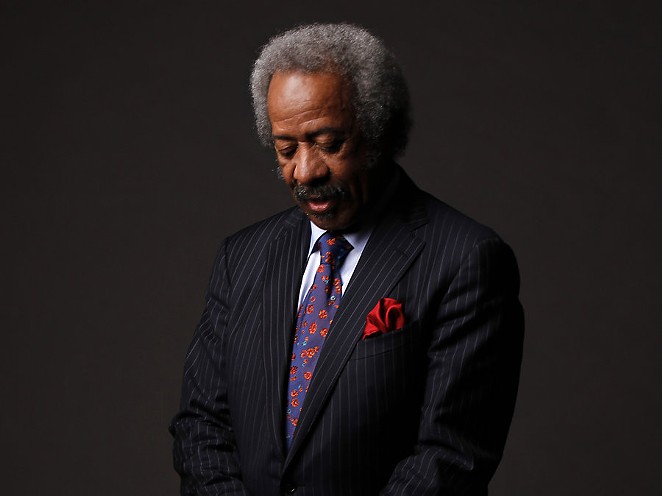 Allen Toussaint, one of the Crescent City's finest, took that last long walk early Tuesday morning after suffering a heart attack following a gig in Spain.

Toussaint is one of those elite masters of his craft that isn't necessary a household name, until you start discussing his contributions to popular music - then folks get on that Toussaint tip!

Toussaint penned such classics as "Fortune Teller," made popular by Benny Spellman and covered by The Rolling Stones, as well as "Working in the Coal Mine," which I share as my motherfucking JAM! with anyone who can dig it, and "Southern Nights," which kills me every time, to name but a select few.

He was a producer, composer, arranger and musician in New Orleans throughout the '60s and '70s, writing and producing hits for the likes of Irma Thomas, The Neville Brothers, Dr. John, The Meters, The Showmen, Lee Dorsey ("working in the Coal Mine") and Ernie K-Doe.

He wrote "Ruler of my Heart" for Irma Thomas, which was eventually covered by Otis Redding, "The Big O," under the title "Pain in my Heart," which could bring any grown man who has ever loved and lost, or dreams of one day doing so, to cry like a babe.

My first conscious introduction to Toussaint was on the '73 Dr. John record, produced by Toussaint and backed by The Meters, In the Right Place, which featured one bad number penned by Toussaint and featuring his vocals and piano work entitled, "Life." Which, with its tear-dropping lyrics and panty-dropping beat, is the perfect gumbo of pain and pleasure.

One upside of the passing of one of NOLA's finest musicians and keepers of that funky ol' flame called rock 'n' roll is that, in true N'awlins fashion, his funeral parade - a low, lonesome dirge to the cemetery and a loud, raucous jubilee leaving - is sure to be one for the ages, as any Louisiana musician that is worth their salt will most likely be in attendance. Stay killer, Allen. You bad mother, you.