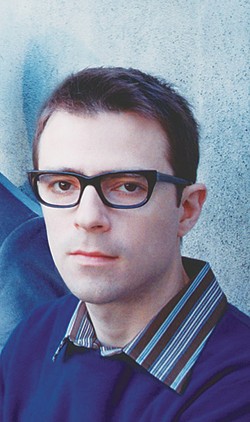 
From The Basement Tapes to Pete Townshend’s Scoop series, demo collections intrigue us because they provide a glimpse of artists with their guards down. Home demos catch songwriters in a solitary mode, creating music that’s not meant for public consumption, shaping their ideas before self-consciousness overtakes the creative process.

Rivers Cuomo is a different kind of rock star, however, because he’s actually more appealing with his guard up, when he’s playing the careful, unabashed craftsman. A socially awkward misfit with finely tuned pop instincts, Cuomo uses catchy hooks as a social lubricant to reach people he’d never dare approach in a crowded room. Self-consciousness is good for him, because it means he’s connecting. Put him in a solitary home-recording environment, and his insular tendencies can become overbearing.

That’s why Alone: The Home Recordings of Rivers Cuomo 1992-2007 is such an erratic compilation. One minute Cuomo impresses you with how well he approximates Weezer by his lonesome (a sharp, early version of “Buddy Holly”), and the next minute he’s caught up in his own private indulgences (“Who You Callin’ Bitch”; a pointless, clumsy cover of Dr. Dre’s “The Bomb”).

Nonetheless, even in this overstuffed setting, it’s obvious what a pop savant Cuomo can be. “Chess” is a buoyant acoustic-pop strummer that celebrates this nerdy brainiac’s favorite game. “Lemonade” works as an early buzz-bomb Weezer blueprint, and “Blast Off” finds Cuomo in patented heavy-pop mode, melding his early love of KISS with his inherent Beach Boys melodicism and apparent fascination with space travel. Best of all is the layered, sugary confection “Crazy One.” On this track, Cuomo confides that he’s “coming undone.” Strangely enough, he’s rarely sounded happier.