Americans Revealed As Willing Suckers In 'Merchants Of Doubt' 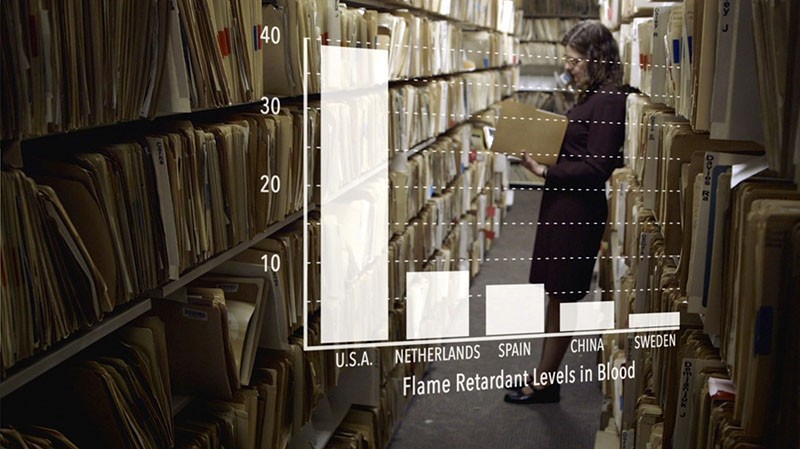 With the rise of corporate ownership and consolidation of the so-called mainstream media, it has become clear that American journalism has mostly abandoned serious long-form reporting, the kind of muckraking that confronts, informs and challenges those in power.

Faux arguments for "balance" and "both sides of the story" have replaced meaningful investigation, while opinion and "analysis" have displaced evidence-based journalism. Cable news is filled with PR flacks disguised as unbiased "experts," ideologically-driven scientists (often from disciplines that have nothing to do with the subject at hand), industry-sponsored think tank scholars and red-baiting editorialists. Their goal is to spread misinformation, seed skepticism and vilify anyone who dares to challenge the profit-making practices of moneyed interests.

Today, the public's best bet for a factual and comprehensive look at issues of ecological, economic and social importance — especially those endangered by corporate interests and public officials — is in the work of documentary filmmakers.

If only the public gave enough of a shit to watch their work.

The willful ignorance and gullibility of American citizens is a frightening thing to behold, particularly for anyone who is versed in scientific methodology and research. I am one of those people. Before becoming a writer, critic and journalist, I spent more than 10 years working as a molecular biologist, running small research labs and otherwise putting my degree in microbiology to good use.

Witnessing the near-daily media stream of misinformation and ignorance that passes for news and knowledge is beyond frustrating. It is dispiriting. The public's embrace of anti-intellectualism, its reluctance to understand context or nuance, its desire for easy answers and identifiable villains, has made it far too easy for corporate interests to manipulate policy and circumvent the meaningful discussion of scientific fact and findings.

Viewing Fox News or CNN is akin to watching your parents happily and willingly get swindled out of their home by a con man.

In fact, it is inevitable that this very review will be regarded by some as yet another liberal, socialist, America-hating screed against the God-given virtues of capitalism. So be it. I still encourage those who take issue with my views to watch Robert Kenner's Merchants Of Doubt, if only to construct an informed (rather than a reactionary) rebuttal.

It will not win awards for cinematic artistry or subtlety — Kenner's documentary is the definition of advocacy filmmaking. Merchants Of Doubt carefully and convincingly charts how the same tactics (and even players) the tobacco industry used to con the public about cancer risks and nicotine addiction have been enthusiastically employed by pharmaceutical companies, the flame retardant industry and, most especially, the fossil-fuel industry — which has invested hundreds of millions of dollars to discredit climate change research. And why not? Another year's delay in public policy can mean billions in corporate profits.

But scientific consensus and wonky explanations are no match for Koch Industries-backed PR machines and fiery free-market zealots who use well-financed campaigns and an easily duped (if not wholly cooperative) media to distract, dissuade and deceive. Gleeful public relations sociopath Marc Morano cackles with delight as he brags of defaming and undermining nerdy, well-meaning scientists who aren't savvy with a sound bite. When proven lies and suborned perjury aren't enough to convince news outlets that the debate is far from balanced, what hope is there for the average viewer?

Take, for instance, former six-term South Carolina congressman Bob Inglis, a die-hard conservative with unimpeachable right-wing and Christian credentials. After serving on the U.S. House of Representatives' Science committee, traveling twice to Antarctica to examine ice-core samples and seriously studying the research, he changed his mind about global warming and spoke openly about the need to address the issue. What was the result? You noticed I did say former congressman, right? Watching this sincere man shouted down by raging constituents is one of the more disheartening moments in the film. It's a scene echoed at a libertarian convention when Skeptic Magazine's publisher Michael Shermer (a card-carrying libertarian) argues the same point with the same result.

Kenner begins his film with – and keeps returning to – Jamy Ian Swiss, a magician at the famed Magic Castle in Hollywood. Through tricks and explanations, Swiss lays out the psychology behind sleight of hand, how easily an audience can be misdirected from seeing the truth. Merchants Of Doubt's message here is abundantly clear: corporate America is involved in an elaborate and extravagantly funded game of three-card Monte, playing the public for the suckers they are all too willing to be.