Amy Winehouse’s death should take us to her music 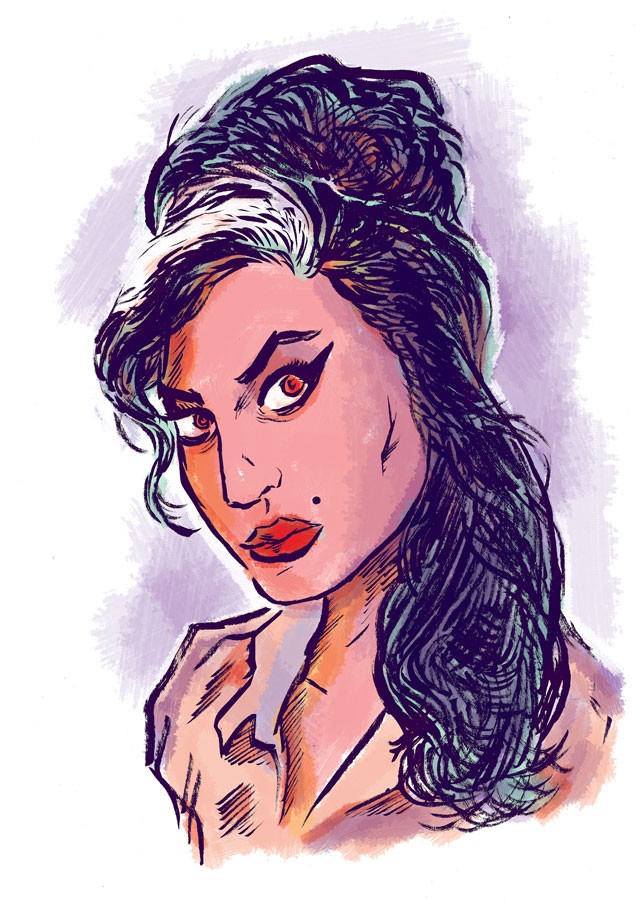 “Reality is a crutch for people who can’t cope with drugs,” Lily Tomlin once said. Amy Winehouse couldn’t cope. Neither could Brian Jones, Janis Joplin, Jimi Hendrix, Jim Morrison, and Kurt Cobain, whose company Winehouse joined hours before the police found her dead in her house in London on Saturday. Reality for them was an abrupt end to a short but enduring career and the beginning of legend.

When I found out about Winehouse, I didn’t know why I was so pissed. Then I realized here was an immensely talented artist whose off-stage scandals were as notorious, if not more so, than her popular, critically acclaimed music. Since 2008, her peak year, the drugs, the rehabs (both “Rehab,” the song, and the actual one), the fights, and the arrests overshadowed her incredible talent. Talent dangling, it turns out, at the end of its rope. We all expected that, as it sometimes happens, the artist would find a miraculous way to kill her demons and deliver another — in Winehouse’s case, it could have been a third — masterpiece. It wasn’t meant to be. In June she canceled an 11-date European tour after an erratic first performance in Belgrade. When I saw the existing videos of that show, with the crowd roaring in excitement even though Winehouse was so intoxicated she was unable to perform, I couldn’t help but remember Jon Landau’s words after Joplin’s death.

Eventually, Winehouse was booed off the Belgrade stage and the tour cancelled.

Even while she was falling apart, it was hard not to cheer — her impact in the music world was admirable, especially considering that she only had two albums to her credit. Besides her chaotic private life, she will be remembered mostly for “Rehab” and her breakthrough album Back to Black (2006), which almost single-handedly sparked a retro-soul wave now kept alive by people like former schoolmate Adele. But Winehouse was a lot more than just a great soul singer. She could sing — and write — anything.

Frank (2003), her first album (which, hopefully, many people will now discover or return to), is the exact opposite of the marvelous, straight-ahead, in-your-face soul of Back to Black. That debut was an eclectic, mellow gem that convincingly went from jazz to bossa nova and showed Winehouse wasn’t just a terrific singer, but a top-notch songwriter as well (her originals are the best part of the album).

Winehouse was “an extraordinary musician with a rare intuition as a vocalist,” Tony Bennett told Us Weekly upon learning of her death. “She was a lovely and intelligent person and when we recorded together she gave a soulful and extraordinary performance.” Bennett was the last person to record with Winehouse. The two sang a duet for “Body and Soul,” to be included in Bennett’s Duets II, due out September 20. It was Winehouse’s first recording since her cover of “It’s My Party” in Quincy Jones’ Q: Soul Bossa Nostra compilation last year.

But Bennett’s words weren’t the usual case of post-tragedy praise. A month ago, he told the UK’s Guardian that Winehouse was his “favorite to perform with on the whole album.” No small thing, considering Duets II also features Lady Gaga, Queen Latifah, John Mayer, Willie Nelson, Michael Bublé, Andrea Bocelli, and many other top vocalists.

“Everybody just said, ‘Oh, I don’t know how you’re going to handle her,’ but I felt completely different,” Bennett said. “She really loves to perform.” They clicked when he compared her to jazz singer Dinah Washington.

“The minute she heard that, her eyes popped wide open and, completely inspired, she said, ‘You know that I like Dinah Washington?’ I said, ‘She was a friend of mine.’ She was all excited that I knew Dinah Washington and that was the main inspiration. And from that moment on, the record came out just beautiful.”

The band that played on more than half of Back to Black (including “Rehab” and “You Know I’m No Good”) also remembered her fondly.

“She was one of a kind, and we were fortunate to have had the chance to make music with her,” said Sharon Jones and the Dap-Kings in a statement. “She was always gracious and a pleasure to work with in the studio and on the road. She brought a lot of people joy with her voice and her irreverent personality. It is a tragedy that she was taken from us so soon when she had much more music to give.”

Long-time friend Kelly Osbourne was crushed and, via Twitter, bid farewell to her by promising she’ll never forget “the real you.”

I didn’t know “the real” Amy Winehouse. But I knew a part of her that was real to me, and in her short time with us she was nice enough to leave two amazing albums that made my life a lot better.

For that, I thank her. And that’s what I will remember her for. • According to Nielsen SoundScan, Winehouse sold 2.7 million albums and 3.4 million tracks in the United States. She won five Grammy Awards in 2008, including Pop Vocal Album of the Year (Back to Black), Record of the Year, and Song of the Year (both for “Rehab”). She tied the record for second most Grammys won by a woman on a single night, and was the first British artist to win five Grammys.