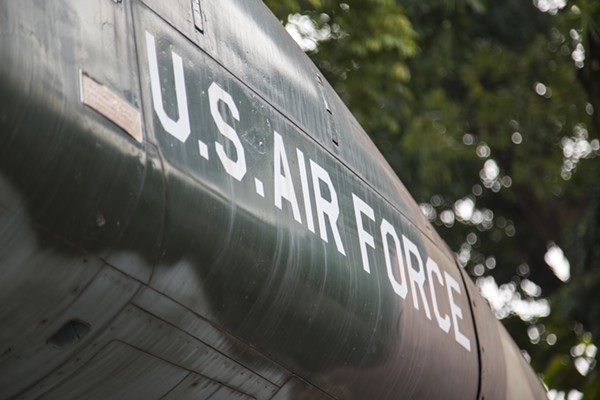 The U.S. Air Force officials admitted Monday that they failed to update the federal database with information that could have kept Sutherland Springs gunman Devin Kelley from buying weapons.

In 2012, Kelley, who killed at least 26 people attending mass at a Sutherland Springs church Sunday, was court-martialed while stationed at the Holloman Air Force Base in New Mexico for assaulting his then-wife and cracking his young stepson's skull. That kind of domestic assault conviction should legally bar Kelley from ever being able to purchase a firearm.

That is, if it was entered into the federal database for background checks on gun purchases.

The Air Force confirmed Monday that it was not.

If this information had been submitted, Kelley wouldn't have been able to legally purchase the weapons he used to kill half of First Baptist Church of Sutherland Spring's congregation. One of those murdered was the grandmother of Kelley's current wife. According to law enforcement, Kelley's mother-in-law had received threatening texts from Kelley prior to the shooting.

Law enforcement records show that Kelley had lawfully purchased each gun in his possession Sunday from shops in Texas and Colorado. To gun sellers, it appeared that Kelley had a clean criminal history.

The Air Force inspector general has since been ordered to "conduct a complete review of the Kelley case and relevant policies and procedures."