Analysis: An end to a weird legislative session, and the beginning of an uncertain political cycle 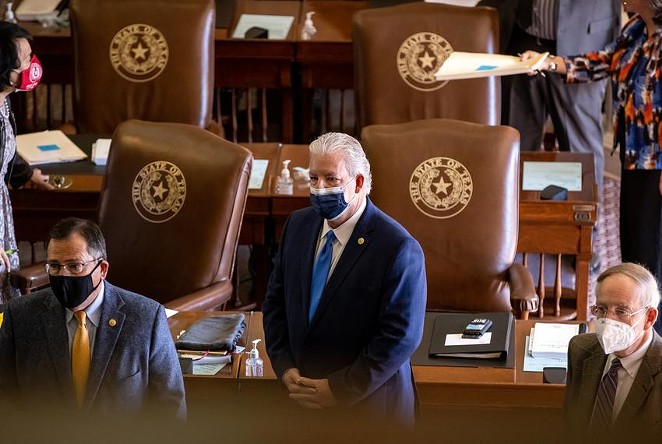 The strangest regular session in the modern history of the Texas Legislature is ending, but the pandemic shadow that darkened these proceedings isn’t finished with the state’s government and politics.

Texas might be moving from a weird legislative session into a strange political cycle.

Because of the pandemic, the Legislature’s work isn’t done. And because that work isn’t done, the issues and the political fortunes that will be in play in the 2022 election year are uncertain.

COVID-19 delayed last year’s census. Because those numbers won’t be ready for four months, lawmakers didn’t have the data needed to draw new political districts for the state’s 38 U.S. House seats, 31 state Senate and 150 state House spots, and the 15 seats on the State Board of Education.

The mapmaking that would have taken place over the last five months is still ahead. Delayed maps could well mean delayed political primaries in 2022. Shifts of that sort can be disruptive, giving challengers and political nobodies time to catch up with established politicians.

It happened in 2012, when primaries were pushed from March to May as a result of redistricting litigation. That year’s U.S. Senate campaign frontrunner was Lt. Gov. David Dewhurst; Ted Cruz, who’d never been on a ballot, was the leader of a field of candidates who, unlike Dewhurst, had never run for statewide office in Texas. Cruz was running for second, vying not for an outright win in the Republican primary, but for the chance to face Dewhurst alone in a runoff. And the delay in the elections not only pushed that primary back — it pushed the runoff into July.

Cruz finished the first leg 12.5 percentage points behind Dewhurst, about as far behind as he had been in University of Texas/Texas Tribune polls in October 2011 and February 2012. When the July runoff came around, the extended campaigns had Dewhurst on his heels. Cruz had time to flip the results, turning that 12-point deficit into an almost 14-percentage-point victory, by raising his profile and the balance in his campaign account.

Maybe nothing like that will happen in 2022. It’s unlikely in a high-profile, statewide race. But it’s certainly possible, and it’s especially dangerous to lesser-known incumbents in races lower on the ballot. Many of those races will be in newly drawn political districts — already destabilizing for incumbents — and newcomers with money, or with the time that a delay can provide, or both, could benefit.

Redistricting is the culprit this time, too.

Timing isn’t everything. Issues that remain unsettled after this regular session will play in next year’s elections, too. That’s why Lt. Gov. Dan Patrick was pressing so hard at the end as three of his pet projects fell short in the House. It’s why current and former Republican officeholders started declaring their candidacies at the end of the session — because of perceived weaknesses of the people in top jobs now.

In a political environment like this one, incumbents want trophies they can show voters, and in this case, that means trophies that are important to conservative Republican voters, like legislation allowing most adults to carry handguns without permits or licenses, outlawing abortions after six weeks of pregnancy, tightening voting laws after a national election that many conservatives — despite the available evidence — believe was crooked.

And don’t forget the oldest motive in politics — winning the public’s attention. The state budget is the most important piece of legislation in any session, and also one of the least sexy. Political campaigns, and reputations, are more often built on flashy, easy-to-digest ideas, like alcoholic drinks to go, or on usually complicated or boring issues that have the public’s attention, like the state’s response to electrical outages during a February winter storm.

When state lawmakers come back for a special session, those are the kinds of issues that could resurface. Redistricting will be at the top — you have to have maps to have elections — but these are politicians, and they’ll be months closer to elections and even more sensitive than they are now to what voters want.

The strange pandemic legislative session is almost over, but state politics will be feeling the effects for some time.

Disclosure: The University of Texas at Austin has been a financial supporter of The Texas Tribune, a nonprofit, nonpartisan news organization that is funded in part by donations from members, foundations and corporate sponsors. Financial supporters play no role in the Tribune’s journalism. Find a complete list of them here.