Analysis: Charlo gets away with a dubious majority draw against Castaño in San Antonio fight 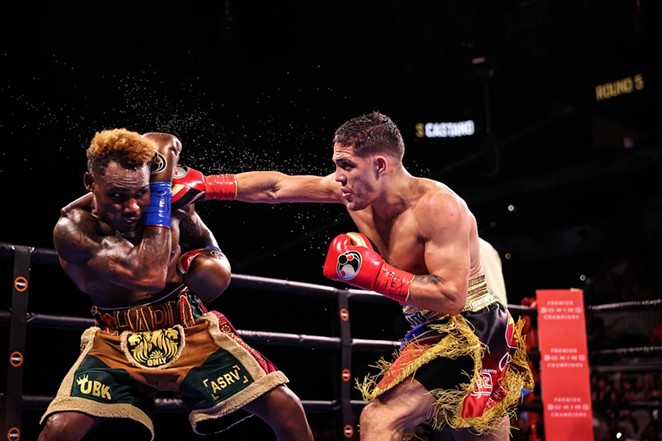 It was supposed to be a historic night for boxing — it ended up as another classic marred by the judges’ surreal scoring methods.

Saturday night at the AT&T Center, Houston’s WBA, IBF and WBC super welterweight champion Jermell Charlo almost knocked out WBO champion Brian Castaño and won the last three rounds, but the relentless Argentine controlled most of the fight and deserved the victory. In the end, the judges scored it 114-113 for Castaño (with judge Steven Weisfeld scoring the 10th round 10-8 for Charlo, even though Castaño didn’t go down), 114-114, and an insane 117-111 for Charlo, courtesy of judge Nelson Vasquez. The Current saw it 118-114 for Castaño.

After slowly doing enough to win the first round, Castaño pressed the action with a flurry in the second round, but Charlo answered right back with a flurry of his own that stopped Castaño in his tracks and gave him the round. From then on, it was all Castaño, who pressured Charlo against the ropes with a barrage of different left-hook combinations to the head and body — and stealing the last 10 seconds of every round to be comfortably ahead on the scorecards. That includes two left hooks in the third that buckled Charlo’s knees.

“My coach told me I needed the knockout in the ninth round and I just knew he knew what he was talking about,” said Charlo at the post-fight press conference. In the 10th, his trainer Derrick James almost got his wish when a left hook stunned Castaño, who looked about to be knocked out. With 30 seconds left in the round, Charlo scored another left hook and smelled blood, but Castaño was able to survive the round by circling the ring. Charlo won the last three rounds on all judges’ scorecards.

The winner of the fight would have been crowned as the first undisputed super welterweight champion since the four-belt era began in 2007. The technical majority draw means both Charlo and Castaño keep their respective belts. Charlo’s record is now 34-1-1 with 18 KOs, while Castaño’s is 17-0-2 with 12 KOs.

At the post-fight press conference, Charlo and James, his trainer, argued the fighter was avoiding most of Castaño’s shots, but CompuBox numbers tell a different story: Castaño edged Charlo in power shots (164 to 98) and his 173 landed punches is the most Charlo has ever been hit with, even though he almost knocked Castaño out in the 10th and the beginning of the 11th.

“I just couldn’t get him out,” said Charlo. “The dude was tough as fuck.” 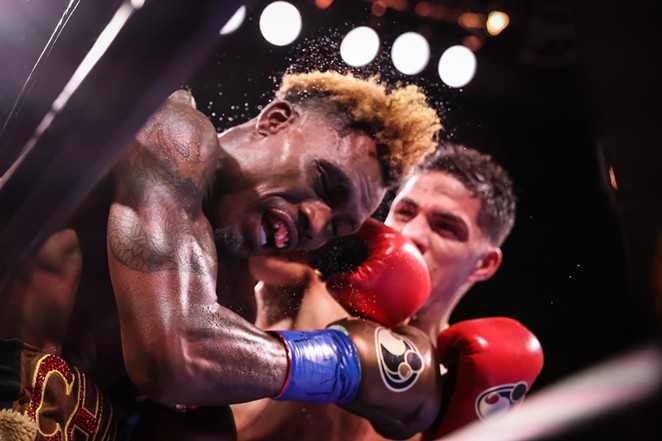 Castaño, who demanded an immediate rematch after the fight, was classy despite insisting he faced an unfair decision.

Whether or not the fight was a draw is open to debate — several rounds could have gone either way — but there's no way Charlo won by six points, as Judge Vasquez’s card indicated.

It wasn’t the only good fight and bad decision of the night.

In the undercard, undefeated Uruguayan middleweight Amílcar Vidal started extremely slowly against game, perennial contender Immanuwel Aleem. Aleem scored and moved around the ring enough to win most of the rounds but suffered from the heavier punches of the Uruguayan. It was an exciting fight, but when the scorecards were read, the first boos were heard at AT&T Center: 95-95 and two strange 97-93 for Vidal. The Current saw it 98-96 for Aleem. Vidal’s record is now 13-0 with 11 Kos, while Aleem falls to 18-3-2 with 11 Kos.

Undefeated, awkward WBA interim champion Rolando Romero beat last-minute replacement Swede Anthony Yigit, a former Olympian, by TKO in the seventh but was an elbowing machine throughout the fight. Referee Rafael Ramos deducted a point from him but should have deducted at least one more if not outright disqualified him. Many wondered whether a KO or a DQ would come first. Romero’s record is now a perfect 14-0 with 12 KOs, while the Swede fell to 24-2-2 with 8 KOs.

The bout was televised live on Showtime.