Analysis: Texas’ proposed voting restrictions have more to do with 2018 than 2020 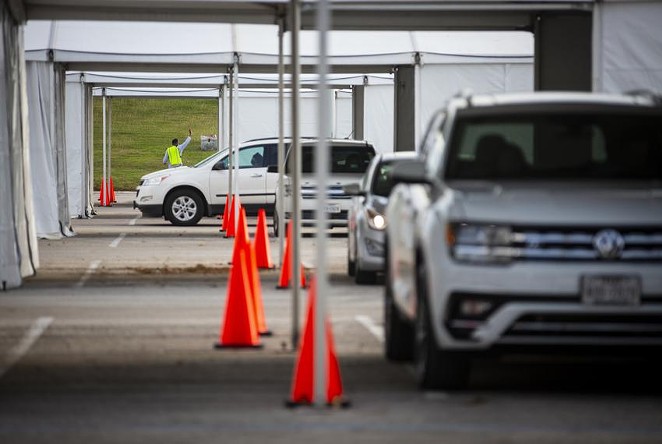 In spite of their public anguish over drive-thru voting, expanded early voting and efforts to allow more people to vote by mail, Texas Republicans were happy with the results of the state’s 2020 elections.

They held steady in the Texas House, with 83 of 150 seats both before and after the election. They lost a seat in the Texas Senate, one that they were lucky to have won in the first place, but still have the majority there, too. And they won all of the statewide races, continuing a streak that is now more than a quarter of a century long. Donald Trump won in Texas, too; the streak of Republican wins in that category extends all the way back to Ronald Reagan’s 1980 victory. And they did it all with the kind of high turnout they had feared would favor Democratic candidates.

Even so, the party’s legislators are working hard to make voting in Texas more difficult. Legislation approved by Senate Republicans over the unanimous objection of Senate Democrats in the wee, small hours of Thursday morning would prohibit drive-thru voting, make it illegal for election officials to send vote-by-mail applications unless people ask for them and block the kind of 24-hour early voting offered in Harris County last year. It would prohibit voting in tents and other temporary structures. It allows poll watchers — usually people brought in by the political parties — more freedom at polling and vote-counting locations.

What’s to worry about? They got the results they wanted.

It’s the 2018 election that alarmed the state’s majority party. The legislation they’re pushing would arguably tilt the table their way in the 2022 elections that are up next.

Those two non-presidential election cycles are when most of the statewide seats in Texas are on the ballot — and where a number of the this-is-supposed-to-be-a-layup contests turned into close calls.

The promoters of the new law say they want to protect “election integrity,” a premise with two problems. First, they haven’t produced evidence of widespread or election-changing voter fraud in Texas elections. Second, though the idea is popular with Republican voters, recent polling finds Texans suspicious about voting practices elsewhere, but not in Texas.

Turnout is almost always higher in presidential elections. Months of national attention and advertising and the general din all raise voter engagement. A race for governor or lieutenant governor just doesn’t do that, although the pitched battle between U.S. Sen. Ted Cruz and then-Rep. Beto O’Rourke in 2018 raised turnout to near-presidential levels.

The big swing in the 2018 election was down the ballot, where Democrats won a dozen House seats and two Senate seats that had been held by Republicans.

The statewide races all went to the Republicans. But Cruz, Lt. Gov. Dan Patrick, Attorney General Ken Paxton and Agriculture Commissioner Sid Miller all won close races — each within 5 percentage points of their Democratic foe. Four years earlier, Patrick won by 19.7 percentage points; Paxton and Miller each won by more than 20 percentage points.

Some might attribute the shift to national politics: When a Democratic administration was in power in Washington D.C., Republicans in Texas did well; when a Republican was in the White House, Democrats did better. But turnout was dramatically different in those two elections, too, raising Democratic hopes and Republican fears of a change in the Texas electorate.

In 2014 — the year all of the statewide Republicans were winning so easily — 33.7% of the state’s registered voters turned out. In 2018, when the margins were so thin and Republican legislative strength waned, 53% turned out.