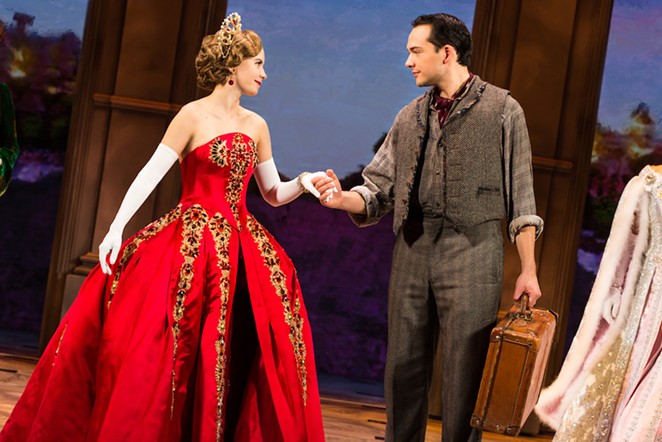 Despite her untimely demise at the age of 17, Anastasia Romanov left a strangely romantic impression befitting her title of the Grand Duchess of Imperial Russia. The youngest daughter of Nicholas II (the final tsar of Russia), she lived in royal fashion until her father surrendered the throne amid a mutiny that evolved into a full-on civil war. While living in exile in 1918, her entire family (including Anastasia’s dog) was led to a basement and killed by firing squad. The fact that the bodies of Anastasia and her younger brother Alexei (once heir to the throne) were not found for nearly 90 years sparked pervasive rumors that the pair had somehow escaped their family’s execution.

Arguably, the most famous lore that emerged from this long-unsolved mystery arrived in the form of Anna Anderson, a Polish woman who impersonated Anastasia in a failed plot to swipe her inheritance. Although she was not the only Anastasia imposter, Anderson inspired both a 1952 play and a 1956 film starring Ingrid Bergman as Anya, a suicidal amnesiac with an uncanny resemblance to the Grand Duchess.

Released a decade before the 2007 discovery of Anastasia’s grave, 20th Century Fox’s 1997 animated musical Anastasia also suggests the Grand Duchess escaped her family’s fate and fled to Paris, albeit with a convenient case of amnesia.

If you mix all the above ingredients in a fantastical cocktail shaker and strain it over a Broadway stage, you might get a taste of the slice of revisionist history that is Anastasia the musical. With a book by Terrence McNally (Kiss of the Spider Woman, Master Class, Ragtime) and songs by Stephen Flaherty and Lynn Ahrens (including several repurposed from the cartoon version), it follows amnesiac street sweeper and Anastasia look-alike Anya as she unwittingly joins forces with two con men scheming to nab a fortune from Anastasia’s grandmother in Paris.

Nods to the rags-to-riches transformation in My Fair Lady — not to mention hallmarks straight out of the Disney Princess playbook — pepper the perplexed protagonist’s path to self discovery. Sure, it’s been critiqued as disjointed, overly long and riddled by “a serious identity crisis” of its own, but Anastasia still gets eaten up by its tweenage demographic thanks to poppy showtunes, upbeat choreography, picturesque sets and a storybook ending.

And if ticket sales are any indication, this national tour directed by Tony winner Darko Tresnjak will be no exception.
Get our top picks for the best events in San Antonio every Thursday morning. Sign up for our Events Newsletter.