‘Anchorman 2’ is the Best Movie of the Year 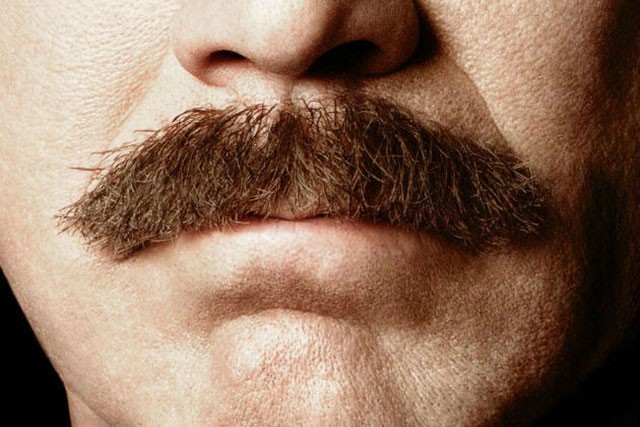 In much the same way that The Onion is often, in tone if not in content, the most reliable news source in America, Anchorman 2 is perhaps the most important movie of 2013.

Look, understandably, movies like 12 Years a Slave, Gravity and Fruitvale Station aspire to a higher and much more serious tier in the hierarchy of filmmaking. But as a film which manages to sustain laugh-out-loud humor while commenting on a critical and divisive aspect of American culture writ large—i.e. the media—Anchorman 2 is a smashing success. It ranks with The Heat (for similar macro-cultural reasons) as the best thoroughbred comedy of the year.

We open on Ron Burgundy (Will Ferrell) and Veronica Corningstone (Christina Applegate) happily married and vocally prepping in 1980s NYC. When Corningstone lands a coveted promotion, Burgundy goes apeshit and retreats to a life of drunken exile in San Diego. He’s soon given the chance to return to New York, anchoring the graveyard shift at the new “Global News Network.” He seizes the opportunity, though it’s “the dumbest idea [he's] ever heard,” assembles his crackerjack team (Paul Rudd, David Koechner, Steve Carell) and the foursome proceed, in very short order, to revolutionize television journalism in America.

Like the first Anchorman, the sequel dispenses with realistic storytelling in order to maximize laughs. There’s a certain narrative economy to be admired, the way the plot moves dramatically forward in the space of one or two lines, after which the comedians are more or less left to their own devices in loosely sequential skits. In terms of jokes-per-minute ratio, Anchorman 2 may lead the pack for some time.

Burgundy and the gang are all at about the same decibel level we left them in 2004, but outside factors have modified the dynamics slightly. Recall that Steve Carell was a relative unknown at the time of the first film's release. He’d delivered a dynamite (though at the time overlooked) supporting performance in Bruce Almighty, but was otherwise just bopping around the Chicago Improv scene. Now that he’s arguably the Anchorman foursome’s biggest star—he’s eclipsed even Ferrell in the past decade—his role of Brick Tamland, the clueless, screaming infant-as-man, sees a noticeable boost in screen time. As Tamland, Carell remains a key component in the comedy quartet; he’s much less compelling in extended solo scenes, even with Kristen Wiig as his love interest, improbably equal to his weirdness.

The movie does dwindle some in the third act. With the exception of an inspired action sequence, a much-appreciated reprisal of one of the original’s best scenes, Anchorman 2 feels akin to most Saturday Night Live episodes or pop albums in which the strongest sketches or tracks appear first. Turns out Ron Burgundy’s spiritual and domestic renewals are less entertaining than the early stupid banter of the news team.

The stupid banter, though—oddly enough—becomes an unexpectedly rich thematic motif. It hearkens back to Monty Python, beneath whose truly outrageous sketch comedy lurked a biting satire of Britain’s culture and politics.

Anchorman 2 is actually a really smart satire, with television journalism—or television “journalism,” as it were—in its cross hairs. The film purports to transpire at the precise moment when 24-hour news and “live breaking coverage” were revolutionary ideas. And it’s released at the close of 2013, when news has arrived at what may be considered a cultural and certainly intellectual nadir.

It’s a ridiculous, fictional news team that creates the news format we all recognize—“It's not what Americans need to see,” Burgundy says. “It’s what they want to see—and it’s the same crew that ultimately recognizes its folly.

At one point, while reporting on a nonsensical live car chase, Burgundy fabricates speculation on the identity of the driver at the bidding of his producer: “He’s maybe 6’6”, 6’7”, but a thin 6’7.” Later, Brick Tamland takes the anchor’s chair and reports, in all seriousness, “The itsy bitsy spider crawled up the waterspout” to monster ratings.

This is roughly the merit of many a news program these days, Anchorman 2 says.

Opened December 18 at all Santikos locations except Bijou