And the Top Spot for Software Developers in the U.S. is... San Antonio? 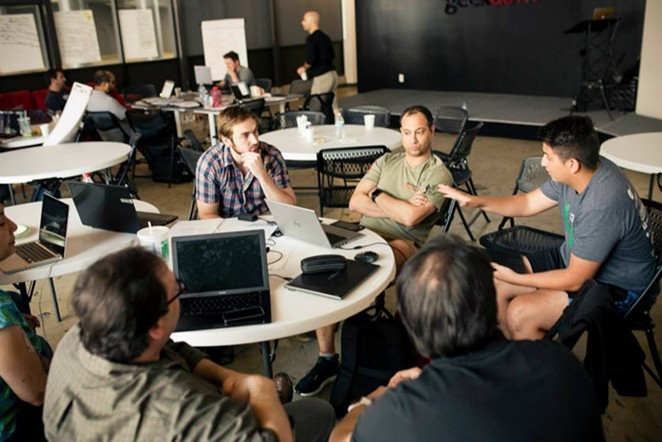 San Antonio's never come close to rivaling Austin as a tech hotbed. In fact, our city leaders spent much of the '80s and '90s wringing their hands about how late to the game we were building an industry here.

Even so, a recent report ranked the Alamo City as the No. 1 U.S. city to be a software engineer.

Here's the deal: Moving and storage company SquareFoot (which has a clear motive for wanting to know top relocation spots) analyzed data collected by ZipRecruiter to determine cities' job availability for software engineers, the average pay for those jobs and each city's cost of living.

While the cost of living part probably comes as no surprise (we're still 14 percent below the national average), it may be a jolt to learn we're the second-ranked city in terms of software engineer pay ($89,621) and third-ranked in number of job opportunities (determined by the number of software jobs divided by the number of qualified job seekers).

The next best markets in SquareFoot's analysis aren't exactly cities with massive tech reps either. In order, they are Pittsburgh, Penn.; Baltimore, Md.; Detroit; Mich.; and Columbus, Ohio.

SquareFoot's numbers are timely since off-the-charts living costs in Silicon Valley — after doing a number on the poor and middle class — are even driving out highly paid techies.

Incidentally, that cost-of-living thing may also help explain another surprise on the list: Austin ranked 10th, tied with Minneapolis. Austin's cost of living is 7 percent above the national average and its number of opportunities only came in at No. 14.