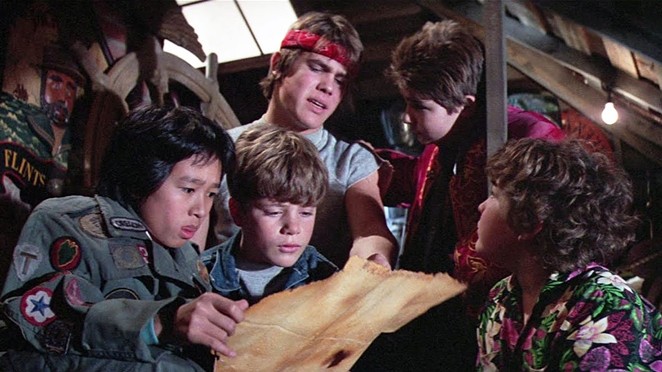 Sorry, horror fans — the drive-in fest's previously planned Halloweekend is out, along with guest James Jude Courtney. But never fear, because Samwise Gamgee is here: Sean Astin will join Hall on July 31 and August 1 for a double feature of two of his iconic films, Rudy and The Goonies.

To further sweeten the pot, a fifth weekend has been added to the lineup. August 7 and 8's originally planned double feature of Hail Caesar and Johnny Be Good has been pushed to the following week, and in its stead actor Robert Patrick will post up with Hall for an action-packed weekend featuring Terminator 2: Judgement Day and War Machine.

It might be suboptimal to shake things up at the last minute, but with upgrades like these, we can't really take issue with the sudden change.

Tickets and information can be found on EVO Entertainment's website.