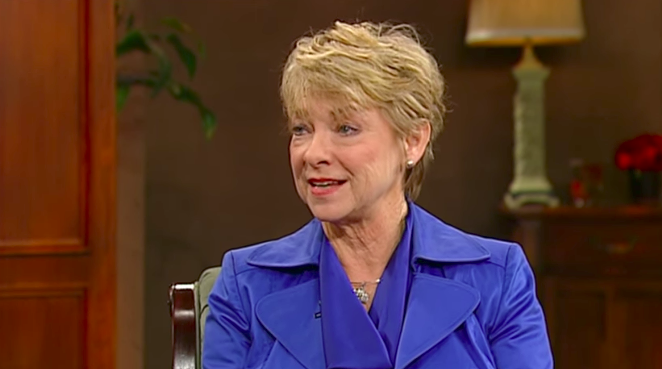 A national watchdog group has filed a pair of legal complaints against the Heidi Group, an anti-abortion organization that Texas hired to connect low-income women to reproductive health care.

The Campaign for Accountability argues that the Austin-based group misused millions of state, county and federal dollars and misled the public by failing to deliver its major health care promises. The Washington, D.C.-based watchdog group has asked Travis County to investigate the Heidi Group for theft and asked the U.S. Internal Revenue Service to revoke the group's nonprofit status.

HHSC gave the Heidi Group $7 million in contracts to create a resource for Texas women to find inexpensive reproductive health care providers across the state. It failed.

Not only did the group include non-medical religious counselors (who specialize in talking women out of their decision to get an abortion) in their guide, they didn't come close to HHSC's goal of serving 18,000 women a year. According to department spokeswoman Carrie Williams, the Heidi Group connected some 3,500 women to scattered health care options in one year.

Thus, HHSC pulled $4.1 million from Heidi Group's contract in August 2017 and redistributed the funds among other health departments and community health centers in the state.

But it appears the Campaign for Accountability believes the defunding is far from suitable punishment based on the Heidi Group's long history of unmet goals.

In the organization's complaint to the Travis County Attorney General, CFA legal counsel Katie O'Conner details what it calls a "history of recklessness with regard to ... finances," alleging that the group has often ended their fiscal years in the red, and collected nearly $1 million in state funds without providing the state with its promised deliverables (like creating a 1-800 number to help women find healthcare, improving access to contraceptives, and improving provider's websites and social media platforms).

"Texas taxpayers have a right to expect that any organization contracting with the state is spending its money effectively and in accordance with the terms of the state contract," O'Conner writes. "It is incumbent upon your office to determine whether Carol Everett and the Heidi Group have violated Texas law by misappropriating state funds and engaging in deceptive business practices."

CFA's second complaint to the IRS, requesting the group's nonprofit status be revoked, details how Everett often lobbied Congress and the Texas Legislature without reporting the activity to the IRS, violating tax law and certain regulations for nonprofits.

Asked to respond to these claims, Everett told the Current that the Heidi Group "is not hiding anything."

"We are here, our books are open" she said. Everett also defended the outcomes of the group's contract with HHSC, saying it's unusual for a "start-up" like hers to take off in the first year (Heidi Group had a 1-year contract with HHSC).

Everett said the number of patients using her service is improving greatly, but she wouldn't share any new data.