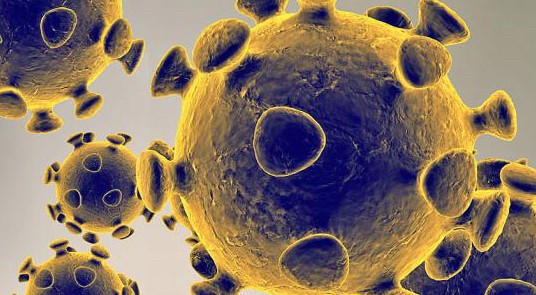 Amid the rush to test and develop potential treatments for COVID-19, lab-made antibodies are showing hints of success. In news releases, two companies announced preliminary results, though shared only limited data, that suggest the experimental drugs may help patients both early and late in infection.

One clinical trial of monoclonal antibodies — human-made versions of immune system defenders produced by the body — suggests that the drugs can help keep people hospitalized with COVID-19 from needing a ventilator or from dying. And a second trial appears to show that the drugs can bring down levels of the coronavirus in recently infected people, and help reduce the chances that a person would need hospitalization.

Antibodies are part of the body’s natural defense against infectious pathogens. The proteins typically attach to parts of bacteria or viruses to fight off infection. In the lab, scientists can engineer versions of antibodies to recognize specific targets in order to hinder the virus’ replication or prevent the body’s immune system from overreacting to the virus (SN: 2/21/20).

A monoclonal antibody drug called tocilizumab is one of the latter types; it blocks a part of the immune response that can cause inflammation, a protein known as IL-6. By curbing inflammation, the drug could help people whose immune systems have become overactive through a process called a cytokine storm, which can cause severe COVID-19 symptoms (SN: 8/6/20).

In a Phase III clinical trial of 389 people hospitalized with COVID-19, those who received tocilizumab were 44 percent less likely to need a ventilator or die compared with people who got a placebo, San Francisco–based biotechnology company Genentech announced September 17 in a news release. Of those who received the drug, 12.2 percent of people needed a ventilator or died, compared with 19.3 percent of patients who received a placebo. Still, when the researchers looked at death alone, the drug did not result in a statistically significant difference in mortality between the groups.

Saying that it was still analyzing the data, the company did not provide such specifics as how many people died in each group.

“A 44-percent decrease is definitely very intriguing,” says Abhijit Duggal, a critical care specialist at the Cleveland Clinic who has treated people with COVID-19. But because the results have been publicized in a news release, without key patient information, “I don’t know what to really make of that,” Duggal says. Only as more data come in will experts be able to conclusively say whether the drug might help people, he says. The announced results have not yet been vetted by outside experts or published in a peer-reviewed journal.

Unlike many other clinical trials of potential COVID-19 drugs and treatments, the Genentech trial focused on groups of people that have been disproportionately impacted by the virus (SN: 4/10/20). Around 85 percent of people in the study are Black, Hispanic and Native American. People in these groups are more likely than white people to be infected or die from COVID-19, studies have shown. In part that’s due to high rates of underlying conditions like high blood pressure and jobs with a higher risk of exposure to the virus.

“It’s really important that [the researchers] are including a diverse population,” says Rajesh Gandhi, an infectious disease physician at Massachusetts General Hospital and Harvard Medical School in Boston. “That is critical as we do these trials.”

In a previous Genentech-related trial that included 452 people with severe COVID-19, tocilizumab did not help improve symptoms or prevent death, researchers reported in a preliminary study posted September 12 at medRxiv.org. Other trials of the drug have reported improved outcomes in people with moderate or severe COVID-19 symptoms.

Importantly, the new trial focused on hospitalized people before they required a ventilator, says Jamie Freedman, Genentech’s head of U.S. medical affairs. So differences among trials could be a timing issue. “If you give it too early, before cytokines are elevated, would there be a benefit there? When patients are already in the ICU, is it too late?… Or is there some sweet spot in the middle?” Freedman says. “Those are analyses that really need to continue.”

People in this ongoing Phase II clinical trial to determine efficacy receive either a low, medium or high dose of the antibody or a placebo. So far, those who get a medium dose of LY-CoV555, which is based on an antibody from one of the first COVID-19 patients in the United States, appear to clear the virus faster than those on the placebo, according to the release. Fewer treated patients still had high viral loads later on in the study. Most people, including those on a placebo, cleared the virus from their bodies by day 11. Like Genentech, Eli Lilly released only limited data. The announced results have not yet been vetted by outside experts or published in a peer-reviewed journal.

“It’s really intriguing and tantalizing information,” Gandhi says. But without the full details of the study, like patient age or whether any people had underlying conditions, it’s difficult to know how solid the findings are, he says.

It’s surprising that people on the medium dose had a benefit from the drug but those on the higher dose didn’t, but that could be because the results are preliminary and could change as people are added to the trial, says Nina Luning Prak, an immunologist at the University of Pennsylvania. “But in principle, it looks hopeful,” she says.

What’s more, of 302 people treated with any amount of LY-CoV555, five, or 1.7 percent, landed in the hospital, while nine people, or 6 percent, in a control group of 150 patients who received a placebo, were hospitalized. It’s unclear based on the results included in the news release, however, whether the difference between the two groups is meaningful. But “if it’s borne out, we’ll see — hopefully soon — that this is important because it shows that an antibody is having an antiviral effect,” Gandhi says.

There are many other monoclonal antibody trials ongoing around the world, many of which feature drugs that bind to a variety of both virus and host proteins. Experts are carefully watching for results, keen to know for sure whether such treatments can help patients. Still, compared with where treatments were in March and April, “we’ve made progress,” Gandhi says. “I think that progress is going to just accelerate.”