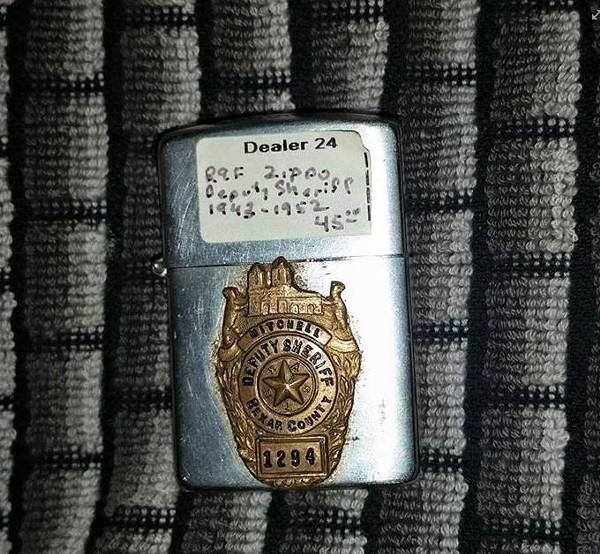 The Internet is a vast machine for returning lost items and identifying people in found photos.

Just a couple weeks ago, San Antonio's Internet junkies identified a mystery woman a filmmaker found in a box of old 35 mm photos he purchased.

This week, the groupthink contributed to tracking down former Bexar County Sheriff's Deputy Stanley Mitchell who lost his custom-made antique lighter, which turned up in a display at a store in Anchorage, Alaska.

According to a KSAT-TV story, a man named Doug Williams spotted the lighter and paid $45 for it. He used to live in Bexar County before moving to the frozen north.

On Facebook, the sheriff's department said it's working on returning the lighter to Mitchell.