Arctic Monkeys: Suck It and See 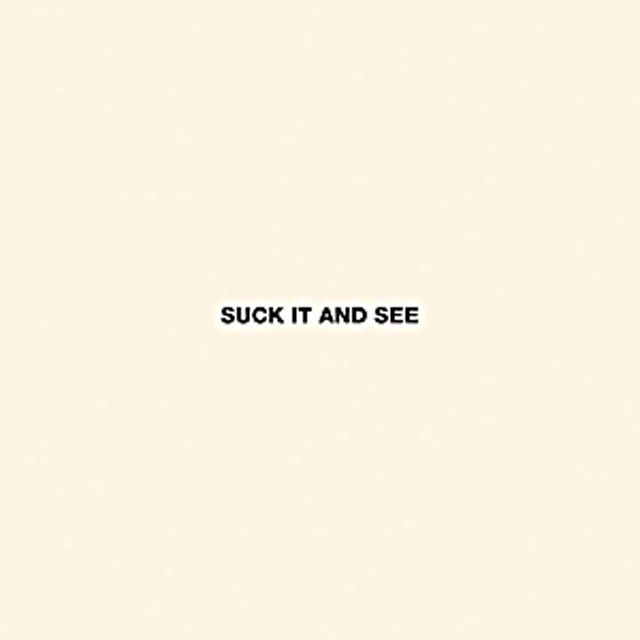 “Who the Fuck Are Arctic Monkeys?” The question posed as the title of the band’s dashed-off 2006 EP was meant as a cheeky retort to the monstrous hype their brilliant debut received. Ironically, it’s been the Monkeys themselves who’ve struggled with the question, taking a series of often bewildering turns in an effort to distance themselves from the youthful dynamism of that debut: growing their hair out, writing lots of murky mid-tempo songs, acting, well, mature. Thankfully, the quartet seems to have finally stopped giving a damn, a sentiment appropriately captured in the juvenile title of their latest release. This more relaxed, stripped-down approach seems to have done the Monkeys well, allowing singer Alex Turner and crew to turn out their finest batch of songs in years (evident on early highlights “Black Treacle” and “Library Pictures”). Unfortunately, the band’s trademark early energy is still MIA, with a prevalence of mid-tempo, lazily crooned-out tunes severely sapping its power. But imperfect though Suck It may be, its aim is true — a fine document of a band that may not have figured out who the fuck they are yet, but at least is moving in the right direction.