Are We Seriously Doing This? Trump Leads Texas Poll 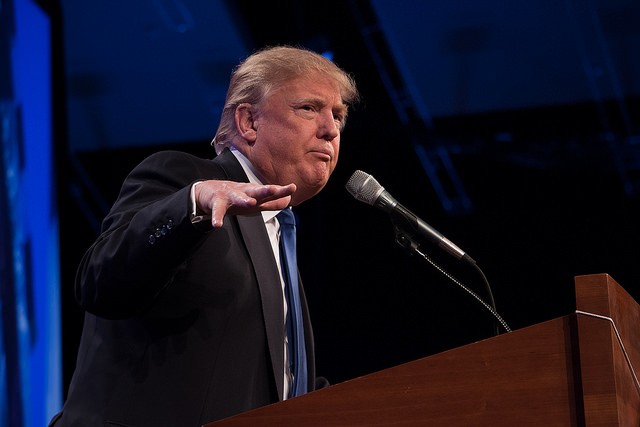 It seems that Texas Republicans, like Republicans everywhere else, have caught Trump fever. Insert your favorite pathology joke here.

Donald Trump is the favored presidential candidate among Texas Republican voters, according to a poll released today by the Texas Bipartisan Justice Committee. The Houston Chronicle reported the results.

Trump leads the poll with 24 percent support. Texas Senator Ted Cruz, who had led most Texas polls up to this point, came in second with 16 percent. Neurosurgeon Ben Carson is the only other candidate to garner more than 10 percent. Former Florida Governor Jeb Bush, former Hewlett-Packard CEO Carly Fiorina and Florida Senator Marco Rubio follow close behind.

Trump has proved to be unassailable. Just one of his campaign trail transgressions could have sunk another candidate, but somehow, he’s done more than just stay afloat. Like an aggressive and possibly deadly hot air balloon, he continues to ascend.

-calling for mass deportation of illegal immigrants (including those with U.S.-born children)

That's an impressive lifetime list for anyone. For Trump to rack up those accolades in just a few months is a monument to his abilities as some sort of rabble-rousing hair piece gremlin.

Still, the surge continues. Trump is Teflon. That’s apparently as true in Texas as anywhere else. God help us.