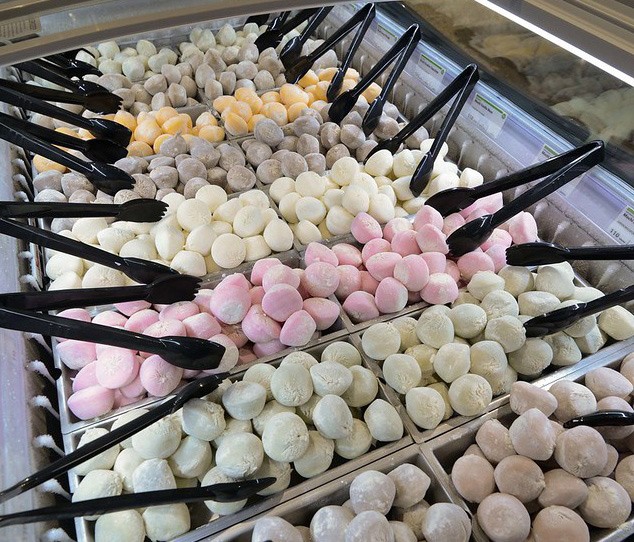 The small freezer is located near the hot and cold bars by check out at the Alamo Quarry location, where a team member says people have been "super excited" about having the dessert bar available. The Quarry location received the mochi bar about a week and a half ago, per said team member, but the Vineyard location has been rolling in mochi since late March, per one of the the company's marketing and community relations member.