PICK OF THE WEEK:

When it was released at Sundance, it was hard to separate Waitress from its tragic backstory: Adrienne Shelly, the Hal Hartley ingénue who directed and co-starred in the movie, was murdered shortly before its debut. Months later, though, watching without tears in our eyes, we can confirm that the film’s charms are indeed real — its blend of tart and sweet is just as winning as one of star Keri Russell’s pies. 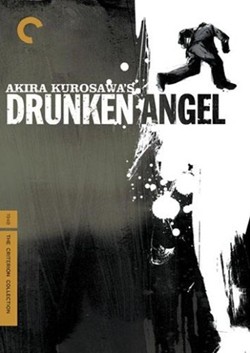 Kurosawa directing, Mifune starring? Sorry, I was too busy reaching for my wallet to hear the rest of what you said. It’s not a samurai flick but a postwar-Tokyo noir? Sold and sold.

This year’s raved-over anime from Satoshi Kon uses sci-fi and dream logic to justify the existence of impressively over-the-top imagery that would make even Fellini giggle (Caution: It’s not all innocent).

The straight-to-DVD animation trend takes a breather from kiddie fare to appeal to Matt Groening fans. Reportedly, more will follow.

SEE EVERY HAIR ON WILL FERRELL’S BUTT: Okay, it isn’t what high definition was invented for, but we’re still happy about Dreamworks’ release of Anchorman: The Legend of Ron Burgundy and Old School on HD-DVD this week. Yes, Ron Burgundy, we promise not to use the increased resolution to examine the weave of the “crotchal region” in those pants you’re wearing. •