Art or Vandalism? For Graffiti in SA, It Depends Who You Ask 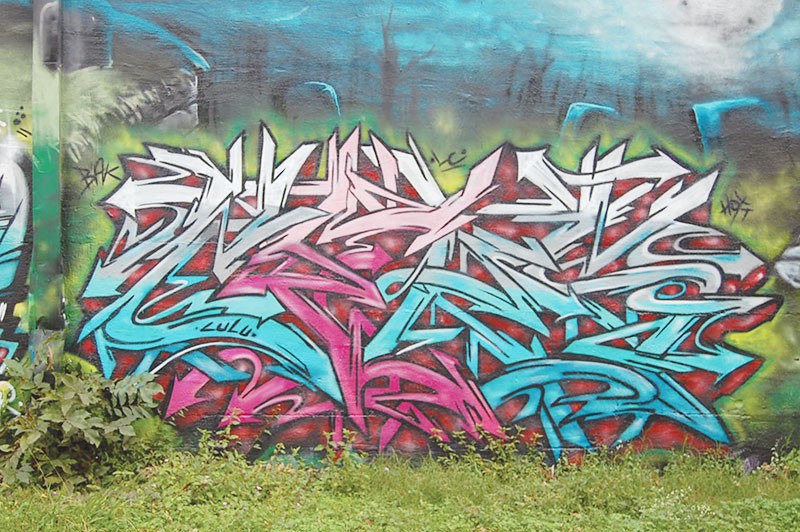 Luis Muñoz just wanted to raise some money for charity.

When he spray-painted the words “I love you so much,” crossing out the “you” and replacing it with “tacos,” he wasn’t trying to spark a deep discussion about public art in San Antonio. It wasn’t even a completely original idea, rather a riff on something similar in Austin.

Muñoz planned to donate a dollar to children’s charities for every person who posted a picture on Instagram of themselves next to the wall, located across the street from Viva Tacoland near the Pearl. Though at first it garnered more attention than he anticipated, it didn’t become a citywide sensation until city workers accidentally painted over it on December 3, mistaking the words for illegal graffiti.

It was a bummer, but a brief one. Muñoz raised over $3,000, including matching donations from local businesses. The painting is already back up. And the stunt has had some unintended but welcome consequences, according to Muñoz.

“The good part about it is ... that I think it’s opened some dialogue about what is street art,” Muñoz said. “Is that art or not? As a city, are we giving enough outlets ... to these artists? Because if you want to grow the city, you’ve got to grow your art and culture in my opinion.”

San Antonio is lucky to have a wealth of skillfully crafted street art. But some parts of the city are plagued by hastily sprayed tags. It makes answering Muñoz’s question — is that art or not — complicated when it comes to graffiti, and highly dependent upon who you ask.

For the City of San Antonio, whether something is “art” isn’t a concern. Mike Shannon, who heads the city’s Graffiti Abatement Program, is just worried about an artist getting permission to paint a wall.

“We don’t regulate content; we don’t say ‘We don’t like the look of that,’” Shannon said. “Some of the graffiti criminals, they’re pretty good. Some of them have real skill. But at the end of the day it’s all about permission.”

Eliminating illegal graffiti as quickly as possible is a major priority for San Antonio. The city spends about $1.2 million annually to administer the Graffiti Abatement Program, which employs 19 full-time staffers to paint over graffiti around town. The goal is to wipe out every tag within three days. It’s an ambitious objective — sometimes they meet it, sometimes they don’t.

In the most recent fiscal year, the program painted over 36,000 pieces of graffiti, which spanned over 3.7 million square feet. And that’s just what was painted over — it doesn’t report the countless tags that linger on light poles, fences and buildings around the city.

But it’s important to address graffiti as quickly as possible, Shannon said. Otherwise, an area will become known as a safe haven for tagging, which some law enforcement officials believe can lead to more serious criminal activity.

“You’ve got to [cover it up quickly]. You leave a tag on a wall, someone’s going to say, “‘Oh, it’s cool to tag on this wall,’” said Nik Soupé, a local painter and street artist.

Soupé, who goes by the nickname Soup, would know. He came up tagging, learning the ropes on cheap Rust-Oleum paint from the Dollar Store, and taking heat from more experienced guys for his style of painting.

Now, after years of making a living as an artist, Soupé feels fortunate to be accepted both by graffiti artists on the street and the art gallery set. And while most members of both groups seek attention for their work, Soupé said there’s a certain breed of tagger who’s only interested in havoc.

“If you get permission to paint a wall, that’s not cool. Vandalism is cool, looking over your shoulder is cool,” Soupé said.

But is a wall littered with scribbles and half-assed scrawlings still art? “We’re talking about it, that forces it to be art. That’s all art is, is getting a feeling, getting people talking,” he said. 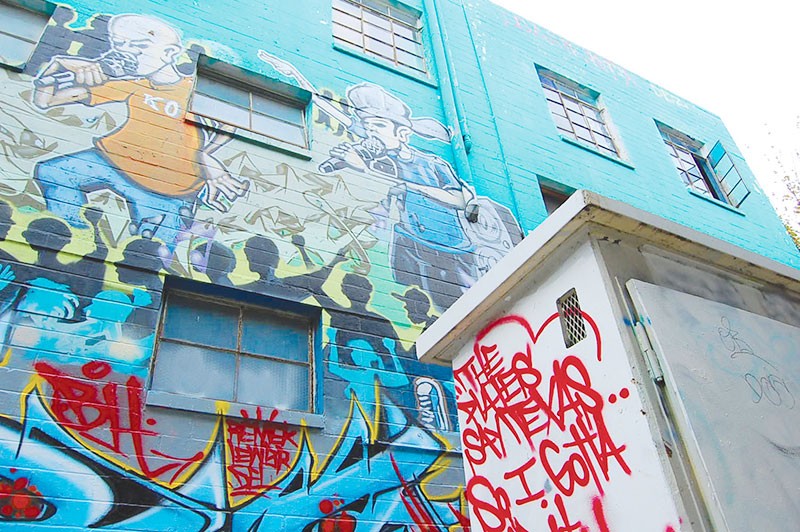 That even applies to the taco wall, which Soupé said rankled some taggers he knew who were unsure of Muñoz and the message he was trying to send with the painting.

Muñoz gets that. He doesn’t lump himself in with full-time, dedicated street artists, and the experience he’s had with the wall has changed his view of graffiti entirely.

“Now that I’ve done this and seen a positive reaction and knowing that I did it with good intentions … I’m never going to look at graffiti the same. I’m going to say ‘That’s somebody’s art, that’s somebody trying to express themselves,’” Muñoz said.

He hopes that the taco wall will open San Antonians’ minds, and doors for artists in the city. To that end, he’ll meet with officials from the city’s Department for Culture and Creative Development in a couple weeks to discuss ideas for public art.

“The only reason that I’m happy — outside of the charity factor is that something is going to come from this ... for street art and the art community in San Antonio,” Muñoz said. “If a corporation says ‘I’m going to give a $1,000 competition to fund a scholarship for art school or college,’ my mind would be blown. If anything like that happens, all the attention would be worth it.”