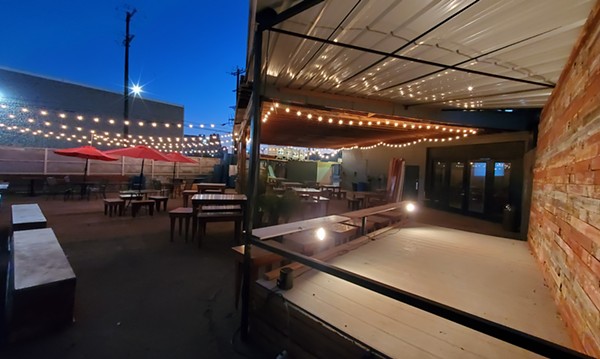 The San Antonio distillery behind Texas Pride Vodka and Bexar Ridge Bourbon has relocated and expanded, adding an East Side craft cocktail bar to the mix.

Artisan Brewery and Distillery's new space, located at 402 Austin St., will serve up its signature spirits and craft brews in a space that includes a swanky main lounge, an outdoor patio and a pair of music stages. What's more, Artisan will host Reggae nights on Thursdays and a Friday and Saturday drag review, Lyn-Z Andrews Presents LipZ. Future events include stand-up comedy shows on April 2 and 3 and a dog-friendly Bonnets and Bunnies Easter Party on April 4.

Musicians, DJs and karaoke and trivia hosts, take note: the newly-opened drinkery is looking for entertainers interested in bringing fun to its stages.