Artists of SAMOMA play with the viewer 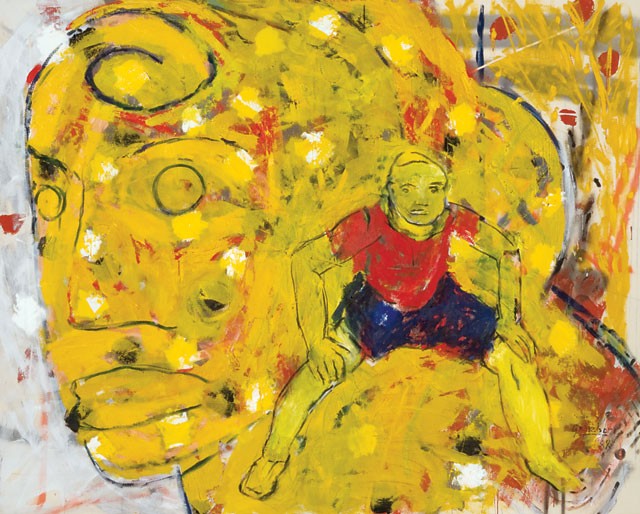 Arts nonprofits and artist-run spaces abound in SA now, support for the arts is strong, with municipal funds spreading public art throughout the city, and new museum wings and performing spaces continuing to be built. But in the 1970s, the emphasis on the arts that Mayor Phil Hardberger would bring to the city in the 21st century was still an aspiration. Not finding exhibition space, local artists Norman Rene Avila, Donjon Evans, and George Horner founded the hopefully named San Antonio Museum of Modern Art (SAMOMA). Missing, however, was a Whitney or a Broad to fund the endeavor, which was solely artist-run. During a brief period (1976-79), a flurry of activity, including art exhibitions, performances, lectures, and film screenings were held at two locations in Alta Vista. Many of the artists are working today, and SAMA has collected works by several, both from that time, and produced later. "Artists of SAMOMA from the SAMA Collection" presents works by Judy Bankhead, Rolando Briseño, Larry Graeber, Jim Harter, Marilyn Lanfear, Henry Stein, Kathy Vargas, Robert Willson, and Gene Elder (whose Time Capsule containing works by 100 San Antonio artists and writers remains sealed within SAMA's walls).

A large yellow head with vaguely Olmec features serves as background for a smaller figure in shorts, hands on thighs, who seems to challenge the viewer to put up or shut up. Made by Larry Graeber in 1988, Head with Figure was painted in an era when figurative works by David Salle, Robert Longo, Richard Prince, and others were gaining favor. But Graeber has moved the other direction — towards abstraction — in recent years, yet his foremost concern with composition and color speaks as loudly in this early piece as it does in his non-objective painting and sculpture today.

The 1970s saw an interest in text-based works, minimalism, and found objects; the exhibition shows an assortment of all, with Found object on drywall by Henry Stein, a tiny toy saw placed next to a cut circle, whimsically successful; while a paper collage by Cheryl Evans brings sensuality to a simple notion.

Most compelling in the show, however, is Marilyn Lanfear's Diana's Huipil with Una Talla and Handwoven Labels. A lead "portrait" of the artist's friend Diana Rodriguez Gil in the guise of a lead huiplil, the traditional dress worn by indigenous women in Southern Mexico and Central America. The weight of the ironically heavy metal, enhanced by its dull sheen, is belied by the airiness of the form, the contest between weight and flight sawing back and forth like contrasting memories of a missing friend. Lanfear's story-telling continues in her work today, and is also seen in another piece by Lanfear in the exhibition; a tableau depicting a collection of old photographic framed portraits, executed deftly in ink. Their features are blurred like names of lost acquaintances, whose presence flits to consciousness, then falls away until summoned again by coincidence or desire.