Artpace Chalk It Up is This Saturday 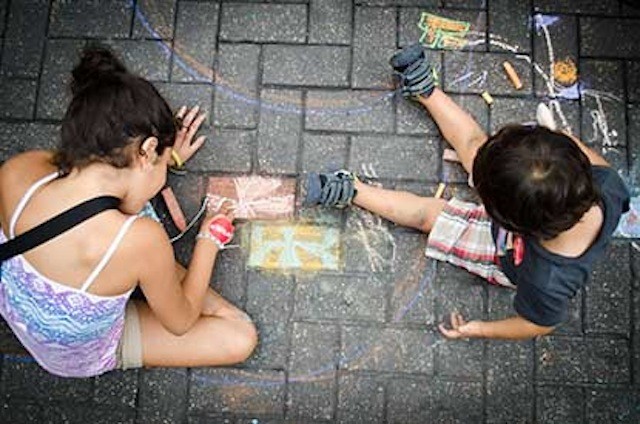 Put the “temporary” in contemporary art with Artpace Chalk It Up on October 11, from . Hosted by San Antonio non-profit, Artpace, the event is celebrating it’s 11th anniversary by living up to it’s slogan, “Freedom to Dream”.

With over 22,000 people in attendance annually, Artpace Chalk It Up is the largest event sponsored by Artpace, and is meant to support Artpace’s education program, as well as raise contemporary art awareness in San Antonio.

Artpace Chalk It Up will include not only over 20 local San Antonio Featured Artists but also three Showcase Artists-Adriana Corral, Jimmy James Canales, and Joey Fauerso- who are also currently exhibiting work at Artpace. With over 50 Team Works groups, Mobile Om celestial chalk yoga, workshops by the Guerilla Haiku Movement, and chalk-filled Freestyle Zones, Artpace Chalk It Up lets you imagination soar!
Follow Artpace San Antonio’s Chalk It Up on Facebook  or visit the Artpace website to learn more.