As COVID-19 cases decline across Texas, testing rates are dropping, too

By Anna Canizales, The Texas Tribune 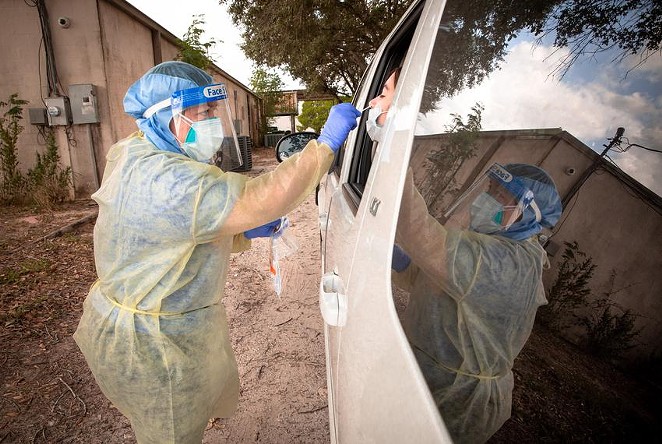 COVID-19 testing has dropped to its lowest point in Texas since last fall, and health experts say the trend reflects the overall improvement in the course of the pandemic statewide.

During the February winter storm that left millions of Texans without access to electricity or water, testing rates dipped below 50,000 tests per day on average for the first time since September.

Testing levels rebounded after the winter storm, but the number of tests reported in March is still significantly lower than during December, January and February at the peak of the pandemic in Texas.

Medical experts say that while testing is still an important tool for tracking outbreaks and assessing the severity of the pandemic, they’re not surprised that the demand for testing has decreased as people get vaccinated and see transmission levels drop around the state. The seven-day average of new COVID-19 cases was 3,032 on Thursday, compared to almost 20,000 in January, and the state’s positivity rate — or the percentage of tests conducted that came back positive — has dipped below 10% for the first time since October.

Testing rates are down across the country as well, which concerns some experts who say testing is crucial for identifying new cases and stopping the virus’ spread, but also reflects the overall improvement the country is seeing in terms of cases and vaccinations.

Peterson said in January and February, when infections were soaring and people were traveling for the holidays, testing reflected people’s anxiety.

Even though COVID-19 cases and hospitalizations are decreasing in Texas, there are still significant levels of disease in the community, and with new variants spreading, testing is crucial to staying on top of the virus, said Dr. James McDeavitt, senior vice president and dean of clinical affairs at the Baylor College of Medicine.

“With all the publicity this past week and the opening of Texas and the mask discussion, there's probably a group of the population that is less focused on testing than maybe they were before,” McDeavitt said.