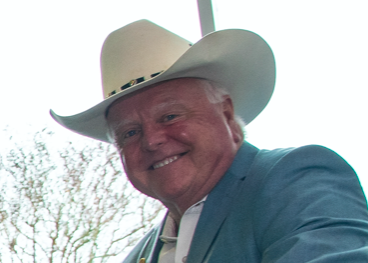 There’s outrage to spare when it comes to the dozen Texas GOP county chairs who recently shared racist memes and conspiracy theories online, such as the widely debunked claim that Jewish billionaire George Soros is paying Black people to riot.

Maybe some of that anger should be directed higher on Texas’ Republican food chain. Namely, at Texas Agriculture Commissioner Sid Miller, who not only joined in the recent Soros dogpile but also has a history of online buffoonery long as the drive from El Paso to Beaumont.

A post from Miller posted at the end of May showed a photo of Soros and included text reading, “Climate change didn’t work. Impeachment didn’t work. The virus didn’t work. Start the race war.”

Not exactly the kind of discourse becoming of someone twice elected to statewide office. But when it comes to Miller, that’s just another day of Facebookin’.

The ag commissioner has repeatedly used his page, which boasts 800,000 followers, to propagate demonstrably false conspiracy theories and doctored photos, often with racist undercurrents. A 2015 post advocated using nukes to incinerate the “Muslim world.” The following year, in a tweet, Miller referred to Hilary Clinton as a “cunt.” After first claiming his account had been hacked, the commissioner later threw one of his staffers under the bus for the message.

And, in November, Miller had a Facebook meltdown after he read that a Confederate group had been excluded from a Veteran’s Day parade in his hometown of Stephenville. “Who told them to leave?” he posted. “Get a rope.”

Now seems as good a time as any to remind readers that Miller, who pulled out a five-point victory over his last Democratic challenger, is up for reelection in 2022. Maybe instead of giving Cowboy Sid a rope, Texans should gift the assclown with a trip to the unemployment line.