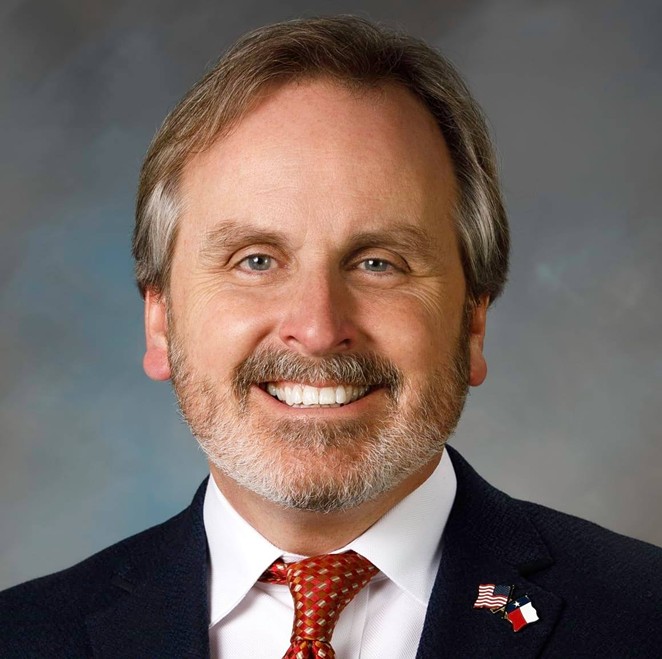 These days, it’s hard to tell whether some GOP politicians are aware they’re pushing the big lie or they’ve been selling it so hard they now believe the garbage they’re spewing.

During a CNN appearance earlier this month, Texas State Sen. Bryan Hughes, R-Quitman, seemed to teeter along that line as he tried to justify the voter-suppression bill he and his Republican colleagues are hellbent on passing this session.

CNN anchor Poppy Harlow worked overtime to set the record straight as Hughes made one false claim after another about his Senate Bill 7, a bill numerous voting-rights groups say is an effort to keep minority voters away from the polls.

At one point, Harlow pointed out that Ken Paxton, Texas’ Republican Attorney General, spent 22,000 hours probing voter fraud in the state and only found 16 minor cases.

Meanwhile, Hughes continued to laugh and grin through the entire exchange, as if his attempt at “Aw, shucks” joviality and his patchy attempt at a Kenny Rodgers beard were somehow helping sell his brand of Texas-style bullshit.

As an addendum, it appears Hughes is still pushing his voter fraud claims without bothering to find evidence to back them up. In this weekend's lengthy New York Times piece about the Texas Lege's voter-suppression antics, the senator argued that mail-in voting should be scaled back because it's more prone to fraud.

"[Hughes] offered no proof, and numerous studies have shown that voter fraud in the United States is exceptionally rare," the Times reported.