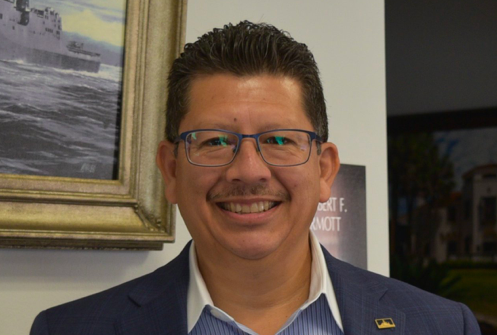 Little surprise that when Gov. Greg Abbott announced his controversial plan to kill off the statewide mask mandate, the San Antonio Chamber of Commerce quickly fired off a statement effusively praising the move. After all, when was the last time the Chamber met a business regulation it liked?

Where things devolved, however, was when Chamber CEO Richard Perez appeared on KSAT’s nightly news on Thursday, March 4, for a live Q&A.

Anchor Steve Spriester asked Perez to comment on the lousy predicament the policy change creates for service-sector workers as they are now stuck trying to enforce mask rules without the state’s authority. At the same time, those workers also risk infection because few have been vaccinated, Spriester added.

Perez’s non-answer? He assured viewers he’s “coordinating a letter with the other chambers of commerce” to ask Abbott to send more vaccines to San Antonio.

After that dodge, anchor Myra Arthur again tried to pin Perez down, pointing out that in, a press statement, grocer H-E-B said Abbott’s nixing of the mask mandate requires retailers to enforce “an emotional topic for many.”

“There’s no doubt, Myra, that this puts business owners in a very awkward position,” he said. “They’re doing two things, right? They’re trying to keep themselves afloat, because of COVID and the effects it’s had. But, at the same time, they want to bring people in, they want to sell their wares, they want to provide their services, so it’s a very delicate balance. But I can assure you that our businesses are ready, they’re ready for the challenge.”

Perez then assured viewers that businesses want to protect their employees and customers, and “ultimately they’re going to meet in the middle somewhere.” Whatever that means. If this assclown can’t speak up for San Antonio’s frontline workers in the middle of a pandemic, maybe he should just stop talking.