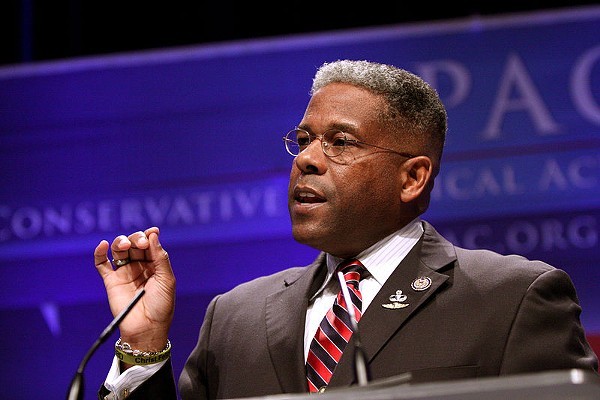 Texas GOP Chairman Allen West formally announced his plan to run for governor last week. And according to a recent report, he’s ending his time as party chief kicking over an ant hill.

Last Wednesday, the already frayed relationship between West and party vice chair Cat Parks snapped completely when he called her a “cancer” and “delusional and apparently deranged” during an email exchange, the Texas Tribune reports. Adding an extra layer of “ugh” to the exchange, Parks is a cancer survivor.

According to the Tribune, the online exchange came about after Parks asked West to intervene in an intraparty dispute over whether to publish a “legislative scorecard” to grade state lawmakers on how they performed during the recent session.

A snippy email exchange between Parks and West snowballed until he accused her of being a self-promoter who’s failed to raise money for the party, according to the report. “You Ma’am are a cancer, do not EVER email me again,” West wrote, adding that she does “nothing but create chaos and confusion.”

The tirade caps off an almost perpetual pissing match between West and members of the party he was elected to lead.

Among those episodes, West butted heads with the party over whether it should have an account on Gab, a social media platform used by neo-Nazis and members of other extremist groups. After an executive committee voted to close the account, West opened a personal one on the site, according to media reports.

Last week, a group of county chairs fired off a letter demanding West’s removal, saying it’s a conflict of interest for him to remain in the position of chairman while running for governor, the Tribune reports. Although he formally announced his candidacy for governor on July 4, he didn’t resign from his position until last Sunday.

Hang tight until the primaries when we’ll see how many of the state’s Republican voters are keen to replace one reactionary, hot-headed assclown with another.