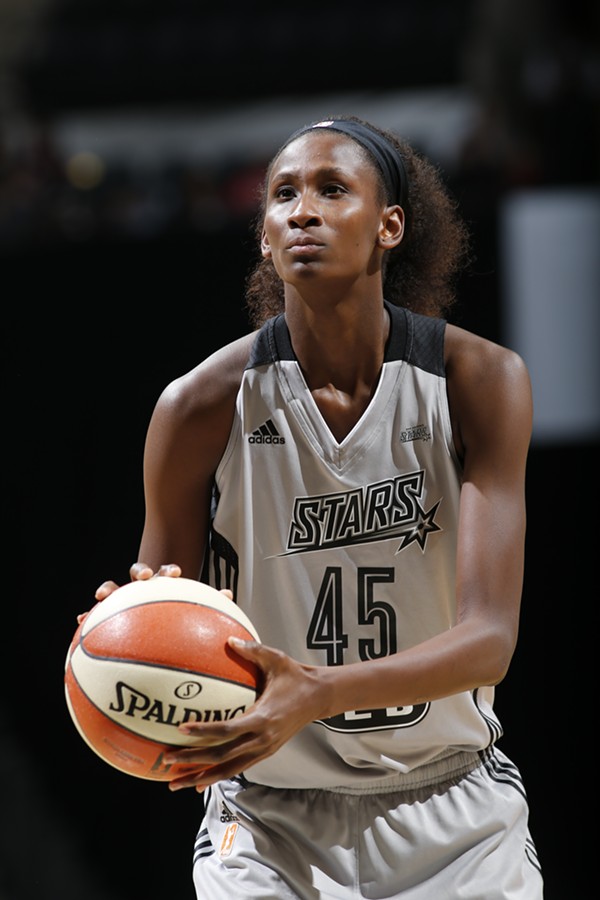 The San Antonio Stars resume their WNBA season this Friday against the New York Liberty, following a month-long break for the Summer Olympics. Stars Center Astou Ndour excelled in Rio, capturing the silver medal as a vital cog for Team Spain. The 22-year-old averaged 13 points and 8 rebounds per game, in her first Olympic campaign.

A native of Senegal, Ndour began her professional basketball career in Spain at the age of 16. She gained Spanish citizenship soon after, representing the junior national team in international competition. The Stars drafted Ndour in 2014, with the 16th pick of the second round, although she has yet to fully crack the rotation in San Antonio. Ndour returns to a Stars team that is seeking momentum in a segmented season.

Despite the addition of number two draft pick Moriah Jefferson, San Antonio has struggled, losing five games in a row heading into the Olympic break. Jefferson leads all rookies in steals and assists per game, but with leading scorer Kayla McBride out for the remainder of the season with a fractured right foot, the offense has stalled. Not surprisingly, the longest losing streak of the year for the Stars coincided with McBride’s unfortunate injury.

The Stars currently sit dead last in league standings with 11 games remaining on their schedule. Despite their record, San Antonio remains only 3.5 games back for a spot in the postseason. With a pair of showdowns against the lethal Los Angeles Sparks remaining, the young Stars face a daunting path to reach the playoffs, and have yet to win consecutive games.

In this season’s signature win, Jefferson scored a career-high 31 points, including a clutch three to send the game into overtime, and put-back at the buzzer to claim victory. The Stars will lean heavily on Jefferson for their stretch run, and additional offensive threats must emerge to salvage the season. An Olympic boost from Ndour, their resident silver medalist, could prove to be a timely spark.