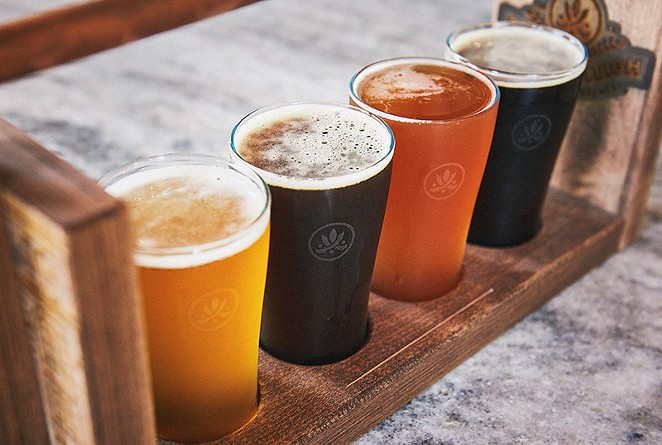 Gallons of ink and millions of pixels have been spilled crowning the Pearl as the center of San Antonio's blossoming cool.

But for the growing numbers of young, gifted and rad people settling in downtown environs, it's the urbanist playground surrounding a 132-year-old brewery that serves as shorthand for Saytown's cultural renaissance.

As elsewhere, this development has grown hand-in-mug with San Antonio's proliferation of well-crafted brews. The Granary 'Cue-&-Brew planted its fermenting flag in the complex in 2012, producing small-batch suds to pair with its award-winning barbecue program, while fine-dining establishments like the Boiler House have ensured a consistently interesting curation of beers for thousands of guests.

It was a sad irony, then, that the jewel in the crown of the complex — the original brewing quarters of the Pearl Brewing Company — sat unused, an empty cathedral awaiting some kind of poetic renewal.

Southerleigh was the fulfillment of that wait. With chef Jeff Balfour helming the kitchen and brewmaster Les Locke overseeing the brewery, the "Brewing Department" that overhangs the restaurant's entrance became entirely apropos. 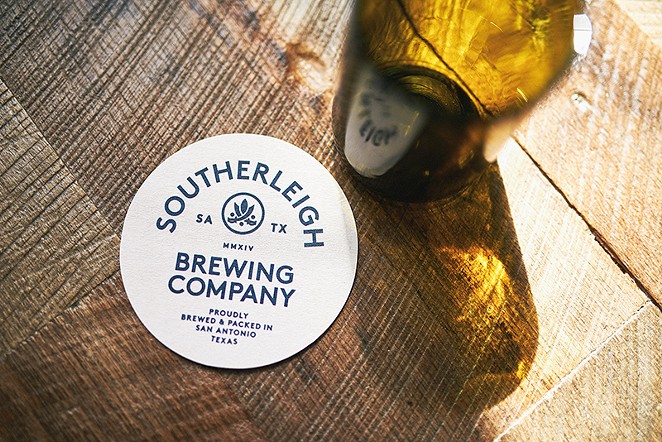 There are about a dozen offerings out of Southerleigh's tanks on the beer list, with a few of the freshest available off-menu upon request. Tasting flights come in fours or eights, with the option to opt for a recommended tasting order or create your own (the menu helpfully delineates ABVs, IBUs and USD levels to guide your choice).

This diversity allowed me to taste everything on the menu, along with some lucky breaks catching a few that hadn't hit the chalkboard yet. A quick jaunt to the bathroom leads to one of the most tantalizing sights in the whole place: a dozen barrels, ranging from wine to mezcal, each sporting a sign denoting the beer inside and its barreled-on date.

I visited a few times during the last three months to sample the spectrum of Southerleigh's inaugural production. What emerged from this series of samplings was Locke's self-professed commitment to the juxtaposition and a balance of genre in Southerleigh's taps: the Irish moss-inflected and honey-hopped Scofflaw Imperial IPA sat next to the Fanny Porter, which incorporated coconut and a pantry's worth of South Indian spices into a one of most sophisticated (and tasty) San Antonio beers I have ever had.

On my most recent return, I snagged samples of Putin's Revenge, a Russian Imperial Stout that started strong and finished dry, as well as Songs Of Freedom, which ran a rummy rinse over the braggot before finishing with a kiss of Tupelo booze — no mean feat for 12 percent ABV.

As with other brewpubs, growlers are available for take-home drinking and Locke hints at an immanent packaging program set to produce bottles and tall-boy cans year-round.

The weight of San Antonio's newest brewery operating out of the city's oldest brewing establishment is not lost on Locke and his team. Perriman cited the sight of the Pearl spire from his childhood as an icon of his ongoing evolution as a brewer, while Locke recalled Southerleigh's very immediate connection with the Pearl's past.

"It is the highest and hugest honor to literally brew where [Pearl's] equipment stood for over a century," Locke told the San Antonio Current.

"We have a huge connection to many people for various reasons with this building. We get retired Pearl people in all the time, amazed not only with the space and what we've done but our love of how we craft our beer and the food," Locke continued. "They see in us the drive for making a new chapter within this building. I feel it's our job to share as much as we can with the public about this amazing building and the honor we have to be able to brew within its confines."