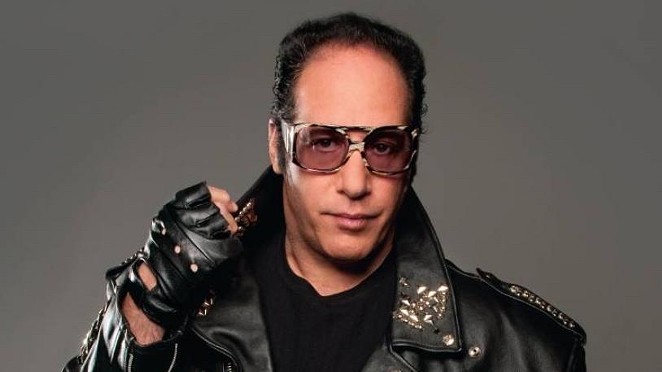 With major concert tours likely not experiencing a full return until later the year or even 2022, San Antonio's AT&T Center is hoping it can bank on comedy.

The arena has transformed its Terrace restaurant into a 300-seat comedy venue in hopes of lassoing touring comedians too big to work clubs but unable to fill theaters, said Steve Grossman, the facility's director of booking.

"We think there's a niche between the comedy clubs and venues like the Majestic [Theatre] and the Tobin Center," Grossman said. "We see the opportunity somewhere in the middle there."

Andrew Dice Clay will kick off the AT&T Center's comedy series with gigs in the Terrace Club on Thursday, August 12 and Friday, August 13. The Drybar Comedy Tour, featuring Alex Velluto, Steve Soelberg and others, will roll into the club on Friday, September 10 and Saturday, September 11.

The arena is also booking outdoor comedy shows in its Bud Light Courtyard area this fall, starting with Saturday Night Live alumnus Rob Schneider, who will perform Sunday, September 19. That location, which hosted a handful of musical artists during the throes of the pandemic, has the capacity to hold up to 2,000 people.

Grossman said he's working to land comedians who would otherwise have had an open date between shows in other Texas markets such as Austin and Dallas with more established standup scenes.

"With all that's been going on, we think people are ready to laugh," he said.

The Terrace will still operate as a restaurant during Spurs games, Grossman added.

A full listing of the AT&T Center's upcoming shows, including comedy performances is available at its website.