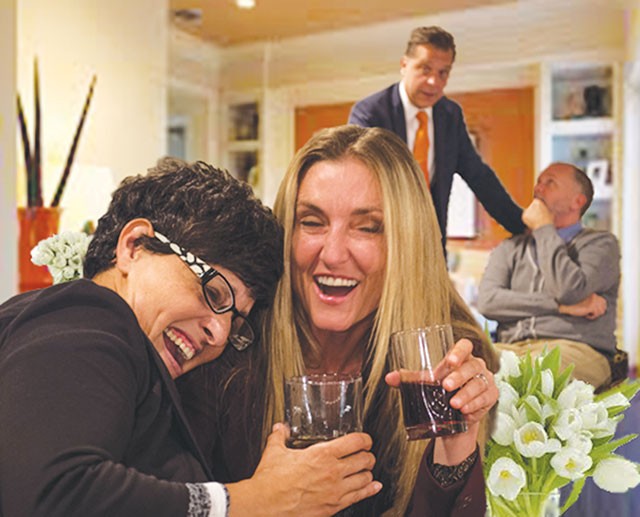 Though Utah was never a cradle of Dixieland, bebop or swing, it calls its basketball team the Jazz. The franchise retained its name after moving from New Orleans. Another case of onomastic dislocation, the Lakers made more sense when the team was based in Minneapolis. Now that AtticRep has departed the Attic Theater, the cozy perch at Trinity University where it worked dramatic magic for eight years, it might seem logical to rename the company. But Carlos Alvarez Studio Theater, the troupe’s new space within the Tobin Center, does not flow trippingly off the tongue. Asked whether a name change is likely, Roberto Prestigiacomo, the group’s artistic director, insisted: “No, we are AtticRep!”

So AtticRep begins its ninth season Wednesday as the Tobin’s resident theater company, sharing the city’s center for the performing arts with the San Antonio Symphony, Opera San Antonio, Ballet San Antonio and other groups. The move itself is doubtless enough of a challenge that AtticRep decided to revive some of its most successful productions—God of Carnage (Sept 10-14), Who’s Afraid of Virginia Woolf (Nov 12-23), True West (Jan 28-Feb 8) and The Irish Curse (Mar 25-Apr 5)—rather than create something new.

Prestigiacomo explained: “We wanted to celebrate our past, the past work that has made AtticRep what it is today. We also wanted to establish the repertoire mentality, where plays/productions never disappear, but are the structural backbone of our company. After this first year, we will bring back other plays, maybe one every year or one every other year.”

Audiences downtown will be different than on the Trinity campus. If they approach capacity in the 250-seat Tobin black box, they will be larger. Higher ceilings allow for more creative lighting. And the Wednesday-Sunday schedule signifies that AtticRep actors are more than just weekend thespians.

Prestigiacomo again directs God of Carnage, Yasmina Reza’s drama of domestic mayhem in which, following a playground spat between two 11-year-olds, their parents convene to resolve things rationally. Instead, the meeting among four adults devolves into a war of all against all. “I believe in a god of carnage,” proclaims one of the fathers. Rick Frederick, Gloria Sanchez and Andrew Thornton will reprise their roles in an electric production. Because of a scheduling conflict, Renee Garvens, who appeared in AtticRep’s 2011 production of Fifty Words, replaces Christy Huffman.

When AtticRep opened God of Carnage in May 2012, I praised it as “an evening of raucous and riveting entertainment” and, before singling out each virtuoso performer for special mention, “an ensemble performance so well-modulated and synchronized that it would be inappropriate to single out any one of the actors for special mention.”