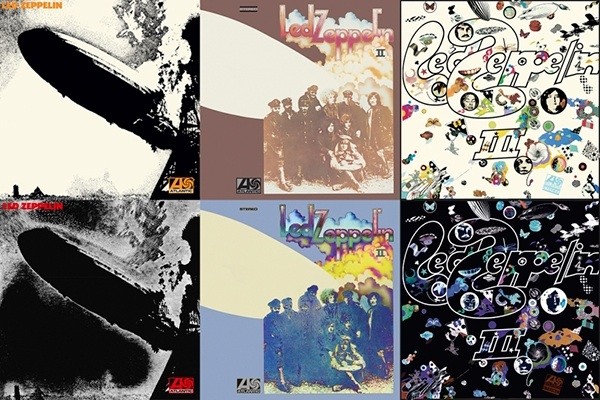 Like the works of the blues masters they worshiped in these early days, Led Zeppelin’s first three albums—remastered here by Jimmy Page—are primal, near-physical emotional experiences. The diamond selling Led Zeppelin and II, along with the six-time platinum III, have become indispensable parts of our contemporary cultural psyche. And why not? These songs are often selfish, amoral, temperamental daydreams that hurried the mainstream death of hippie relevance and placed a premium on personal desires, individual fantasies and raw sonic power.

Apart from the meticulously remastered original albums, there are a slew of goodies to look forward to with these new reissues. First of all, the albums themselves can be purchased individually in digital, vinyl and CD formats. Fans, however, will certainly want to buy the deluxe edition on CD or vinyl, featuring a companion album of alternate takes, live recordings and unreleased tracks. Meanwhile, über-fans with several hundred dollars to blow (invest?) may want to take advantage of the super deluxe edition boxes, which come with CDs, vinyl and extensive booklets filled with art, photos and other rare memorabilia.