Under the
Influence of Buck
The Derailers
(Palo Duro) 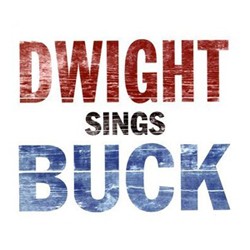 “Most modern country sounds like bad rock bands,” says Tom Petty in Peter Bogdanovich’s great new documentary about him. Conversely, it’s ironic that a lot of old Buck Owens has always sounded like great rock ’n’ roll bands. There’s a reason The Beatles covered him; even Hee-Haw couldn’t tarnish his musical legacy. A year after his death, we get two tributes from disciples.

Austin’s Derailers, who grew close to Owens during his later years, play it straight. They’ve always been great purveyors of that certain “Bakersfield sound.” Only problem is that, right down to the inflection in singer Brian Hofeldt’s voice and the Don Rich-like licks, it all sounds a little too much like Buck. I’ll bet this stuff sounds great live, but on record, it often comes off too much like an imitation, perhaps like Buckmania (preferable to modern country radio, nevertheless).

Dwight Yoakam helped Buck revive his career in the late ’80s with “Streets of Bakersfield” and remained extremely close to him, delivering a eulogy at his funeral. Although there are repeats (“Cryin’ Time,” “Love’s Gonna Live Here”),
Yoakam (whose band misses the great Pete Anderson) reinterprets everything on his tribute. “Close Up the Honky Tonks” is now a ballad. Buck did it better, though, and so did Gram
Parsons.

Yoakam’s is probably the more interesting of the two albums, but by default, the Derailers’ covers album is probably the one you’d rather hear rocking at a beer blast. But why play either when you can still go to the source? 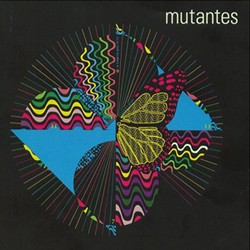 For Brazil’s greatest psych-rock combo, Os Mutantes, nothing can compare to the early days of counterculture debauchery; but the band’s brief reunion tour last year, which began at the Barbican Theatre in London, came close.

Tropicália may have been a fleeting moment in Brazil’s cultural terrain, but it left a lasting impression. (Admirer Kurt Cobain attempted to reunite Mutantes in 1993 but failed.) At the Barbican, the band delivered mutant soundscapes still charged with the kind of exhilarating inventiveness often found in music spawned during tumultuous times. The double-disc concert set is mostly a jaunt through their most memorable epic moments, with songs like Caetano Veloso’s “Bat Macumba” and “Le Premier Bonheur du Jour” offering crosscurrents of upbeat retro-pop and subversively baroque orchestral flourishes.

Though original vocalist Rita Lee is missing from this most recent equation, her replacement, Zélia Duncan, offers her own magnetic presence. The new sound benefits from Duncan’s updated and fresh perspective – she’s nearly 20 years younger than Lee – and with it, offers the possibility of breaking through the time warp.