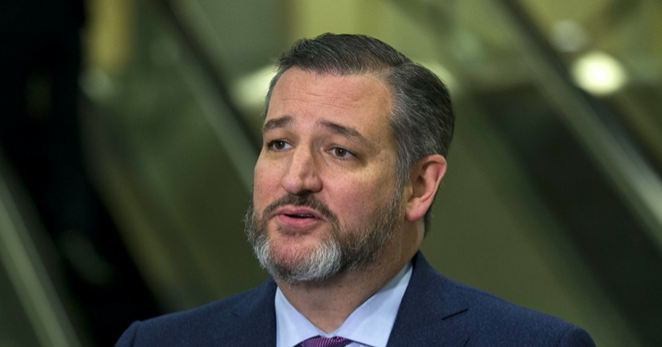 For as busy as Sen. Ted Cruz keeps his thumbs, he just can't seem to catch a break on Twitter.

When he's not getting his chops busted by celebrities he picks fights with, the Texas Republican is getting blowback from potential allies for, well, twisting the truth to fit his bullshit narrative.

Case in point: the chief minister of Australia's Northern Territory opened up on Cruz with both barrels for trying to claim his region's COVID-19 vaccination efforts amounted to tyranny.

"We don't need your lectures, thanks mate," Northern Territory Chief Minister Michael Gunner tweeted at Cruz on Monday. "You know nothing about us."

The confrontation started last week, when Cruz opined via Twitter that he loved Australians, even comparing the country to the "Texas of the Pacific." However, Cruz attached a news story on a plan by the Northern Territory to fine people who refuse to get inoculated against the coronavirus.

"The Covid tyranny of their current government is disgraceful & sad," opined Cruz, who's vaccinated, before adding, "I stand with the people of #Australia." As if Aussies were just waiting around for a show of solidarity from the widely reviled U.S. politico who helped egg on the Jan. 6 insurrection.

I love the Aussies. Their history of rugged independence is legendary; I’ve always said Australia is the Texas of the Pacific.

The Covid tyranny of their current government is disgraceful & sad.

I stand with the people of #Australia https://t.co/9elCF0KRA3

Apparently not one to spare fools, Gunner responded by pointing out that in contrast to Texas, where 70,000 people have died from COVID, the Northern Territory hadn't suffered a single such fatality. He added out the territory had been in lockdown for just eight days over the past 18 months.

G’day from Down Under @tedcruz. Thanks for your interest in the Territory. I’m the Chief Minister. Below are a few facts about COVID down here. https://t.co/cGFwBP7Nqx pic.twitter.com/mGNyOxlN41

"Vaccination is so important here because we have vulnerable communities and the oldest continuous living culture on the planet to protect," he tweeted, adding, "If you stand against a life-saving vaccine, you sure as hell don't stand with Australia."