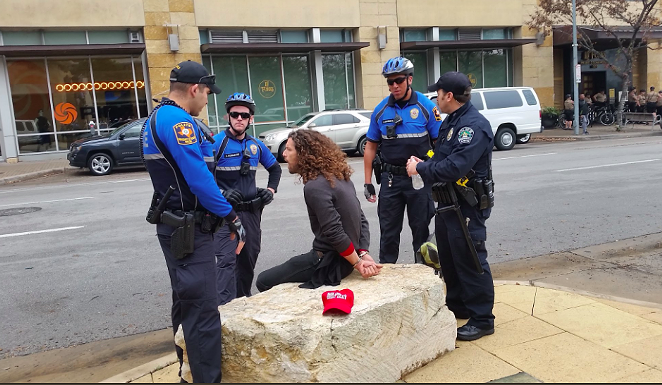 Alexei Wood is a lucky guy.

After winning a year-long battle against charges claiming the San Antonio photographer "incited a riot" during an anti-Trump Inauguration Day protest in Washington, D.C., Wood was arrested by Austin police for snatching a "Make America Great Hat" off a Trump fan at Austin's Women's March in January.

But the hat-snatching, caught on tape, was apparently not worth the Travis County District Attorney's time. On Feb. 1, the DA's office dismissed Wood's charges, noting that the "evidence is insufficient" to continue pursuing the case.

Here's the video of exact moment of hat thievery, which Wood had embellished with a soundtrack: Dead or Alive's "You Spin Me Right Round." 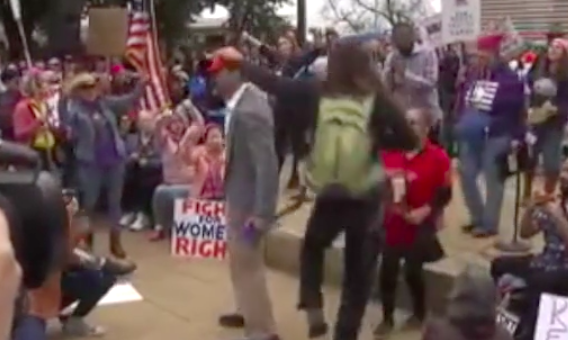