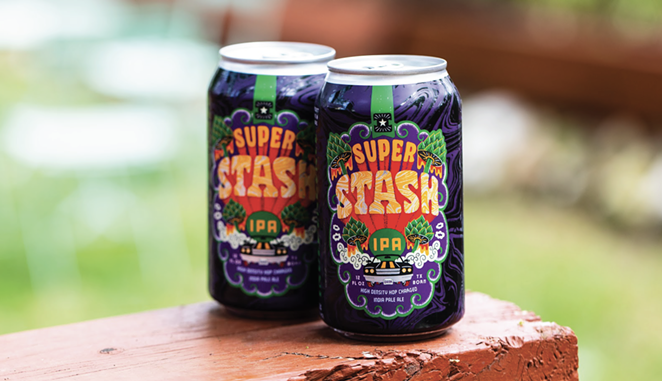 Hopheads, listen up. This news is for you.

Super Stash uses a new, all-natural liquid hop product developed by renowned hop supplier John I. Haas called INCOGNITO (in all caps, just like that). The 100%-hop sauce includes all the alpha acids and flavor compounds of the flavorful flowers but without the vegetative material. That helps brewers reduce waste and maximize yield.

Super Stash marries INCOGNITO with the original Stash IPA’s mix of six pelletized hop varieties and Cryo hop pellets. According to the brewery’s tasting notes, the ingredients combine to create a hop bomb even more dank and citrusy than the original.

Super Stash, which weighs in at 8.2% ABV and a whopping 102 IBUs, will be widely available in six-packs of 12-ounce cans as early as next week.

Independence Brewing Co. will celebrate Super Stash's release on Saturday, April 17 with a "4/20 pre-party" at the brewery, located at 3913 Todd Lane in Austin. Attendees can expect to get their hands on the limited edition IPA, enjoy live music and — according to a press release — maybe even partake in some 4/20-themed delights.