September 18, 2013
comment
Instead of battling dragons, a band of ninjas or mob bosses, players of a new, Texas-based video game will tackle transportation costs, long wait and travel times and other harsh restrictions in their pursuit to obtain an abortion.

In “Choice: Texas”– an interactive fiction game meant to “raise awareness about the financial, geographic and other barriers” for women seeking abortion–avatars navigate their way to accessing abortion in a state that has placed some of the country’s most severe reproductive rights laws in place. 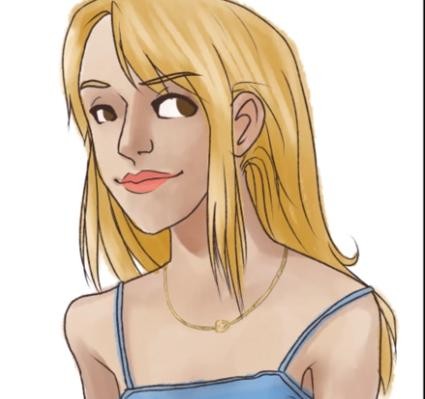 Make no mistake, the colorful cast of fictional characters and interactive aspect shouldn’t belie its mission. Described as “a very serious game,” by the co-developers, Allyson Whipple and Carly Kocurek in a promotional video on the Indiegogo crowd-fundraising platform, the game hopes to offer a dose of reality through the virtual world by generating, “awareness, understanding and empathy” for women who will have to trek long hours, miss work/school and pay extra costs as a result of restrictive laws.

In July, the Texas Legislature passed an omnibus anti-abortion bill, despite mass protests and an 11-hour filibuster. The law bans abortion after 20 weeks, forces women to follow outdated FDA protocol when taking abortion drugs and requires doctors to secure admitting privileges at a hospital no more than 30 miles where the procedure is performed. Along with the already in place sonogram law, women would now have to make up to four trips to the doctor, adding travel time and cost, a burden the developers hope to showcase in their game.

While those restrictions take effect at the end of October, clinics brace for another requirement that mandates they must comply with the same standards as Ambulatory Surgical Centers (ASCs), which is expected to leave all but five abortion centers in all of Texas, as the Current previously reported. With a wave of abortion centers recently shutting their doors due directly to past Texas rules that made staying afloat too onerous to bare, the landscape is sure to be even more scarce. That means the few remaining centers will experience longer than normal wait times to see a doctor as they take on extra clientele. Women in rural areas of the state and low-income women, who see higher barriers to access already, are poised to experience even greater hurdles. Clinics

Women in Texas face, “considerable obstacles even if they’re financially stable,” says Whipple, pointing to mandatory ultrasounds, biased counseling, excessive waiting periods and “contentious” legislative challenges that cause clinics to shut down. Those obstacles heighten when class-based restrictions, such as job flexibility, income and transportation options factor in, leaving poor women to face additional disadvantages, says Whipple. And the avatars reflect the range of struggling women– from a high school honors student not yet ready to be a parent to an excited mother facing dangerous medical complications.

The game, still under development, will be available for free online. In a posting, the developers announced they recently reached their initial fundraising goal and are now upping that goal to $10,500, which they say will go toward working with a sex educator to create lesson plans for high school and college instructors interested in using “Choice: Texas” in classrooms free of charge. Perks for donating include game artwork, the right to choose a character’s name and a producer’s credit.

Considering the harsh climate of abortion access in Texas today, navigating your way to an abortion clinic could be easier in the virtual world. Game on.