Bad Call Helps OKC Even Up the Series Against the Spurs 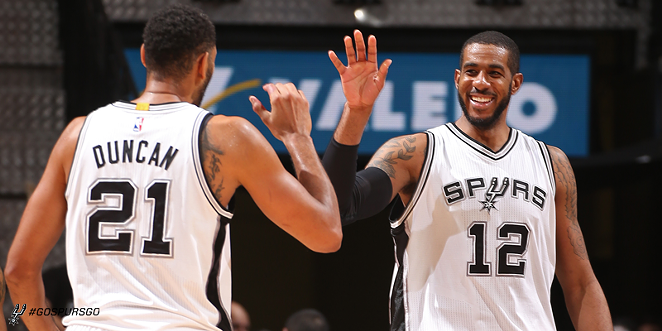 Manu Ginobili was clearly elbowed in the chest by OKC's Dion Waiters, who was inbounding the ball. Then the scramble ensued, with both Patty Mills and LaMarcus Aldridge — both possibly being fouled — attempting to make a game winner.

The ref's whistles were nowhere to be heard, and OKC beat the Spurs 98-97.

However, unlike the Spurs blowout game opener where the Silver and Black silenced the Thunder 124-92, the hometown heroes just couldn't sink shots last night.

While the Spurs did have trouble getting the ball in the net, Aldridge was freaking amazing — again. He scored 41 points, the first player to do so since Tony Parker scored 43 in 2009.