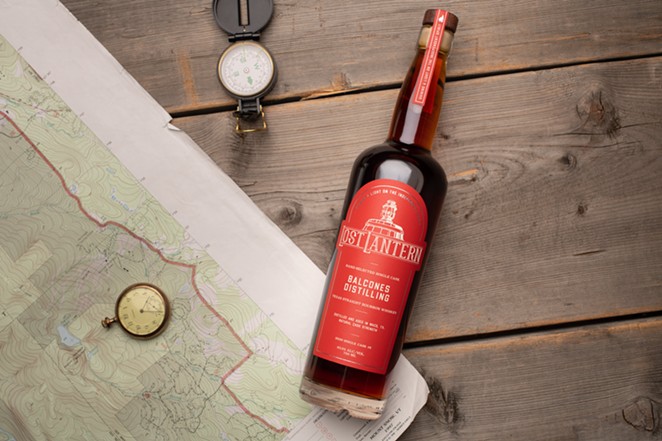 Balcones Distilling’s Straight Bourbon Whiskey has been recognized as such an exemplary spirit that a new craft-whiskey bottler is releasing a special edition of it this spring.

Lost Lantern — an independent bottler of highly limited, one-of-a-kind American whiskies — has included a special expression of the Waco-area distillery’s Straight Bourbon Whiskey in its lineup of spring 2021 releases.

The process of becoming a Lost Lantern-bottled whiskey is rigorous, including thorough research into a distillery's processes, a site visit, talks with the distillers and a screening process that culminates in a semi-blind tasting.

Lost Lantern founders Nora Ganley-Roper and Adam Polonski formed their Vermont-based venture late last year after being inspired by the long tradition of independent bottlers in Scotland. The pair's mission is to seek out unique and exciting whiskies from across the country and release them as limited edition-single casks and blends.

Balcones Distilling produces its Straight Bourbon Whiskey with 100% Texas-grown roasted blue corn — an unusual mash bill for bourbon. The spirit is then aged for two years in a 60-gallon new American oak cask in the Texas heat which, according to the bottler’s tasting notes, renders flavors reminiscent of charred, buttery corn on the cob dipped in maple syrup.

The Texas bourbon is one of three rapidly emerging regional styles that Vermont-based Lost Lantern is “shining a light on” via its release schedule. Its spring release consists of five new single casks: three Southwest single malts from Whiskey Del Bac in Arizona, one Northeastern rye from New York Distilling Co. and Balcones' Texas bourbon.