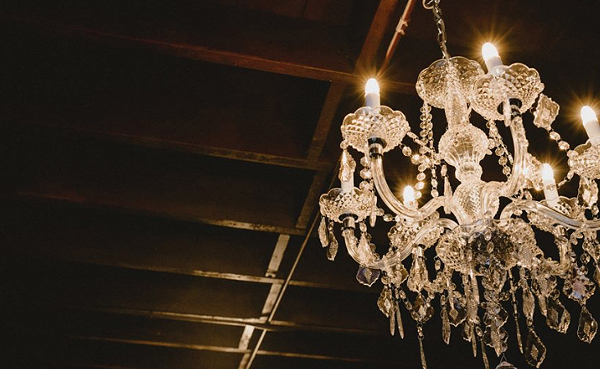 Michael Carrillo, Mikey Vibe or Michael J., depending on which of his several musical endeavors he's representing, is no stranger to the rock 'n' roll venue located at 1011 Avenue B. Carrillo has been working in the former rock 'n' roll venue and beer bar for the last eight years of the club's existence. Essentially, he's been the venue's jack-of-all-trades; running sound, bar-backing, basically doing whatever needs to be done to keep things running smoothly for former owners and friends Brandon Hicks, Colin Wells and Jordan Williams.

So, it should be no surprise and, rather, a welcome progression that Carrillo will now be running the place. The space, officially billed as Ventura, has taken on some new additions. Namely, central air-conditioning – a welcome improvement from the perpetual body heat humidity of the former punk enclave – fresh paint on sticker-less walls, velvet couches in the foyer area, several chandeliers and a new door with an adorable glass window. Basically, the venue and its peculiar layout looks like a neighborhood New Orleans bar; not too swanky for the crusties but not too crusty for adventurous yuppies.

It's a happy-medium that Carrillo feels is necessary to maintain a bar and concert venue just off a stretch of Broadway that is seeing rapid growth, particularly geared towards young, urban professionals.

"I think, mainly, we're just trying to establish ourselves as the bar. The area's, of course, coming up. By next year, the apartments across Broadway and right across the River Walk, our potential clientele, will have at least doubled, if not tripled. So, just [getting] ready for that."

For anyone quick to throw street cred shade at Carrillo for his vision of the venue as more of a bar than a loud and raw rock 'n' roll dive, consider, not only his years put in as the honorary fourth member of the trio of owners, but his palpable desire to make Ventura a regular hangout for SA bar-goers, not just a pop-in, pop-out venue for fickle (read: old and cranky) music fans.

"The music has always been a deep foundation for why people love ... loved The Ten Eleven, and I, of course, still want to keep the heart of that. But, I think preparing to be a full-time bar; getting open at least five days a week from five to two, or whatever, something along those lines, is kind of necessary to operate the way the establishment should be operated."

Carrillo and staff, which is currently being organized but includes Alyssa Linder as bar manager (of TBA fame) and Brandy Perez, are currently focused on saving up to acquire their liquor license, via the pre-party and official opening weekend, June 23 and 24 and 25, respectively – something that The Ten Eleven never possessed and which many San Antonians consider a must if they're going to be spending any significant amount of time in an establishment.

"We've been trying to save up, but, also, still build out the place a lot. Try to make it as nice as we – or, at least to our standard of what we'd like to represent from this point."

To prove that it's still got the same soul, despite the new additions and projected vision, Carrillo has booked local bands Hydra Melody, the Last Nighters and Future Sailor to kick off the grand opening on Friday, June 24. Saturday will feature sets from Jonah Vin, Collective Dreams, Cliffside and Pyschosoma. The events are $10 for minors and $5 for 21+. But feel free to get a little soused on the provided sangria and excellent beer selection and donate – it's for a good cause, i.e. liquor!